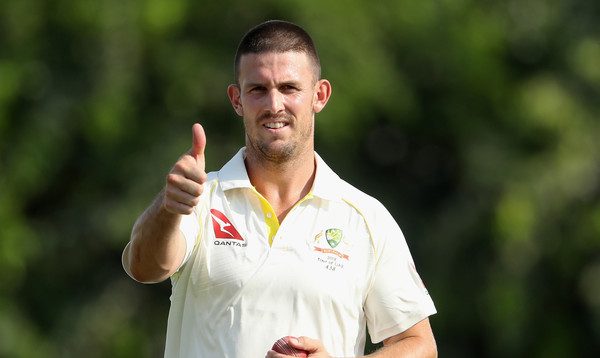 They were sidelined throughout the series but in a bid to give their seamers a break after a hectic Test series, both Australia and England have named all-rounders, who were warming the bench in the previous four Tests, for the final Test at The Oval.

While Sam Curran, who was a shocking omission from the England side for the first few games, makes a comeback, Australia have gone with Mitchell Marsh ahead of Travis Head in the middle-order to give their pacers a breather.

“The reason Travis isn’t playing is because we felt we needed extra bowling after a long series,” captain Tim Paine said.

“We want to get the make-up right for this Test and unfortunately Travis misses out. He’s disappointed he’s not playing.”

The final XI hasn’t been announced by the Aussies yet with Peter Siddle a probable switch for Mitchell Starc. They have named a 12-man team on the eve of the Test.

England, meanwhile, have named their playing XI omitting Jason Roy and Craig Overton from the team that played the Aussies at Old Trafford. While the hosts were hesitant to change their whole combination and stuck to the same 13-man team, they have made changes to the playing XI.

Sam Curran and Chris Woakes come in for Roy and Overton. The all-rounders return mainly because Ben Stokes, who is nursing an injury, will play as a batsman alone in the final Test match. The addition of Woakes and Curran should make up for the bowling shortcomings while adding decent depth in the batting to make up for Roy’s absence.