Bangladesh should not look behind despite Christchurch defeat 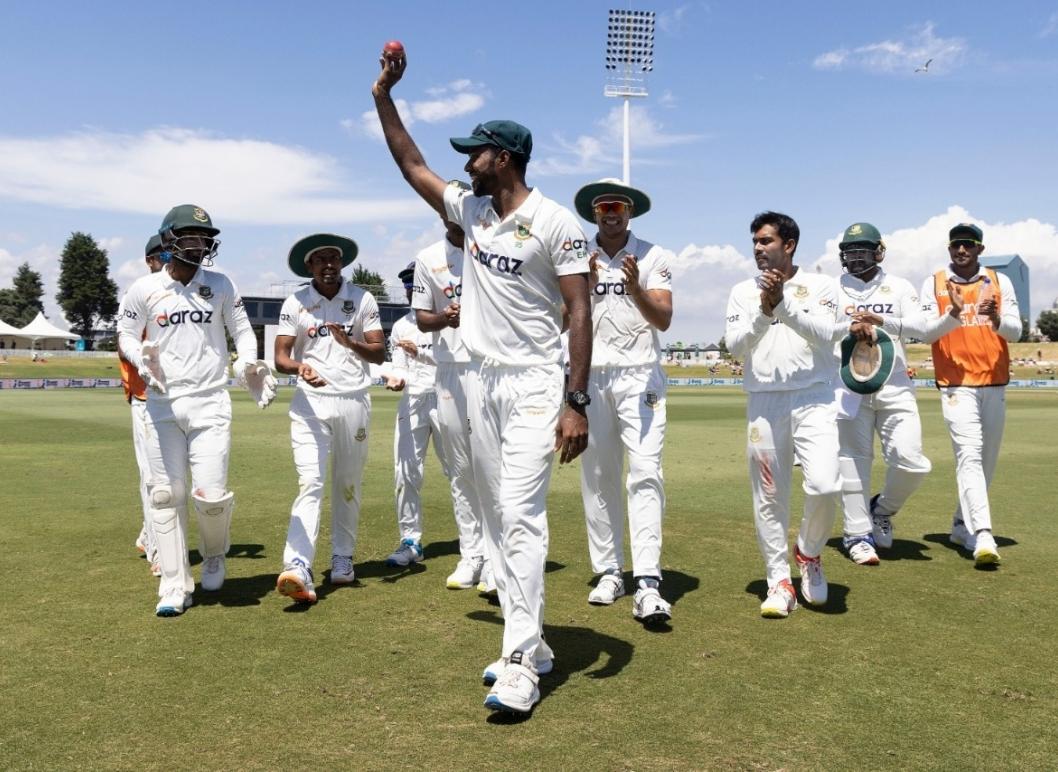 Bangladesh had stunned World Test champions New Zealand with an eight-wicket win at the Bay Oval in Mount Maunganui in the first Test of the two-match series, easily their greatest ever Test match win since they were granted ICC Full Membership status, on 26 June 2000.

The young, energetic Bangladesh dominated an experienced, formidable New Zealand in most of the sessions in the series opener, that too in the absence of three Shakib Al Hasan, Tamim Iqbal and the recently retired Mahmudullah. There were talks of even a series win.

But New Zealand learnt from their mistakes and came back strongly for the second Test match, at the Hagley Oval in Christchurch, to give Ross Taylor the farewell he deserved. Following the familiar template for home Test matches, they got the job done inside three days, winning by an innings to level the series 1-1.

Despite that, this tour was still more than a decent New Zealand outing for Bangladesh.

Against Tim Southee, Trent Boult, Neil Wagner and Kyle Jamieson, they batted 176.2 overs at the Bay Oval. That gritty batting display, with five players between the age of 20 and 26 and with two above 30, will remain a performance for the ages.

The bowlers impressed as well. Their pacers scalped a record 13 wickets in the first Test, surpassing their previous national best of 11, against Zimbabwe in 2013. Nine of these wickets came in the second innings, of which, six was taken by Ebadot Hossain, who became an overnight sensation after the spell and post-match interview.

It is safe to say that the Bangladesh fast bowlers have started to scale new heights under Ottis Gibson, and will only improve if they get to play more regularly overseas.

Bangladesh managed to prevent New Zealand from winning a series at home, something only Australia, South Africa and England have managed to in the last 10 years.

If one ignores Afghanistan and Ireland, only Zimbabwe (29) have travelled outside their country to play fewer Test matches than Bangladesh.

A team cannot win a Test match by fluke. Bangladesh, arguably the most improved cricketing nation in the past 10 years across formats, have shown what they are capable of in Mount Maunganui. But they must start to play outside the subcontinent against high-quality sides more regularly to make themselves stronger than ever.

Bangladesh will next tour South Africa in March for their next Test series, and then to West Indies in June. In between, they will host Sri Lanka for two Test matches. After a torrid period since the Men’s T20 World Cup in limited-overs cricket, they found much-needed confidence in New Zealand to gain self-belief of doing wonders anywhere.

Bangladesh have only won six out of 61 overseas Test matches and drawn four. They have improved their ODI and T20I records, but the time has now come to replicate that in Test cricket. They have got the required ingredients to become a better side in the longest format, and now, all they need to keep believing in themselves.

They have shown courage in New Zealand and have now set the bar high. The positive takeaways from this tour should help them to become a much better side in Test cricket.