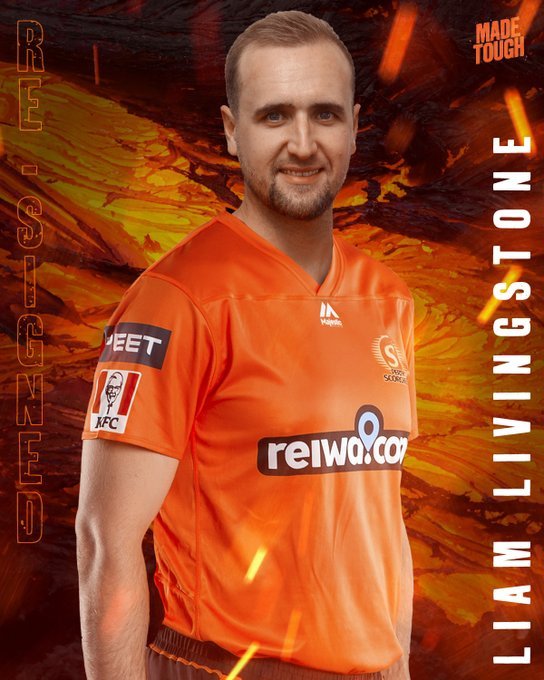 Liam Livingstone’s unbeaten 94 helped Lancashire cruise past the finishing line without any stutters against Derbyshire.

Chasing 169, Livingstone and Fin Allen provided Lancashire with a rollicking start. They added 53 runs for the first wicket, but a double blow in the fifth over gave Derbyshire a chance to sneak back. Jos Buttler then held the innings, while Livingstone kept playing his attacking game. Lancashire chased the target with three balls to spare.

Earlier in the innings, Luis Reece’s 32-ball 59 and a cameo from Alex Hughes (28) helped Derbyshire post 168 in twenty overs.

Fred Klassen’s 4-32 restricted Hampshire to 138 before Kent’s top order fired on all cylinders to take them to 176/6. Joe Denly and Daniel Bell-Drummond got Kent off a fiery start, combing 86 runs for the first wicket. Playing 23 balls each, Denly made 44 and Bell-Drummond made 42.

Darren Stevens then bowled a parsimonious spell, conceding 22 runs for his two wickets, while Klassen ran through the Hampshire middle order. Only three batters could touch double digits. James Vince struggled to get going, D’Arcy Short made a stroke-filled 29, but Joe Weatherley's 22-ball 37 was the only innings that posed any trouble to Kent. It was all one-way traffic after Weatherley’s dismissal.

Losing three wickets in the Powerplay almost derailed Essex’s chase, but Walters and Ryan ten Doeschate did well to arrest the collapse, and setting up a platform for Neesham to explode. Neesham muscled seven boundaries and two sixes for 25-ball 53.

Somerset, meanwhile, found themselves in a spot of bother after losing four batters inside eight overs, but a burst from their lower order helped them reach a competitive total. Ben Green's 40 was the standout innings, while Edward Byrom, Lewis Gregory and Marchant de Lange chipped in with handy contributions.

Moeen Ali’s timely wickets in the middle overs triggered a dramatic collapse as Nottinghamshire limped to 152 to settle for a tie against Worcestershire. Joe Clarke (45) and Alex Hales (31) provided Notts with an explosive start. They looked well set to mount down the total, but were let down by the middle-order collapse.

Earlier in the evening, Jake Libby made 52 in 43 balls, while Ross Whiteley got 42. They guided Worcestershire to 152. Luke Fletcher and Matthew Carter picked two wickets apiece.