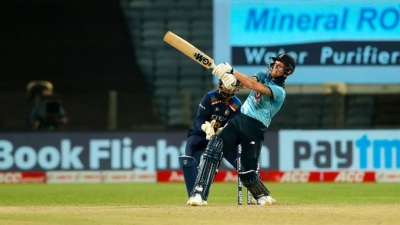 After losing the first ODI to India, England had come back strongly to win the second and level the series. However, a defeat in the third match meant that they came to the receiving end of a clean across-formats sweep. India won the Tests 3-1, T20Is 3-2, and ODIs 2-1. Here are the marks out of 10 for England from the ODI series.

Bairstow scored the most runs and hit the most sixes from either side. His onslaughts in the first two ODIs is testimony of how he has evolved in the format. He finished with 17 fours and 14 sixes from 182 balls – in other words, more than a boundary an over. Yes, that good.

There was more to Curran Jr than that record-breaking unbeaten 95 in the last match. He bowled with precision, coming at crucial junctures to prevent the Indian onslaught.

Roy did not get the big runs, but scored at the same rate as Bairstow. With two more century partnerships in the series, Roy and Bairstow are on the verge of evolving into the greatest ODI opening pair of all time. Fielded brilliantly.

Take Bhuvneshwar Kumar away, and Moeen is the only bowler from either side to go for under six an over. Two valiant cameos, too.

Quick and incisive, Wood hurried the Indian batsmen with his extra pace. In the first match, he forced India to delay their final onslaught. In the third, he prevented them from reaching 350.

Two outings for the debutant and he impressed in both, with uninhibited strokeplay and no visible sign of nerve. An excellent start, without a doubt.

More was expected of someone as gifted as Malan. Instead, his team had to be content with one fifty. There will be more chances.

Got three big wickets, but bowled too many loose balls, and got deservingly punished. Half a point for an important cameo.

The left-hander’s angle and extra bounce made Topley a difficult proposition. Despite that, however, the Indians played him well.

One innings, one cameo, one series-ending injury sums up the series for Morgan.

Same as Morgan. Four runs fewer but at a slightly quicker rate.

Got KL Rahul and Rishabh Pant in the second match but that was about it.

The half point is for the wicketkeeping, not the batting.