52 sixes in the ongoing series, the fourth-most in a series or tournament with 3 or fewer matches. The record is 57, set during Sri Lanka’s tour of New Zealand in 2018/19. 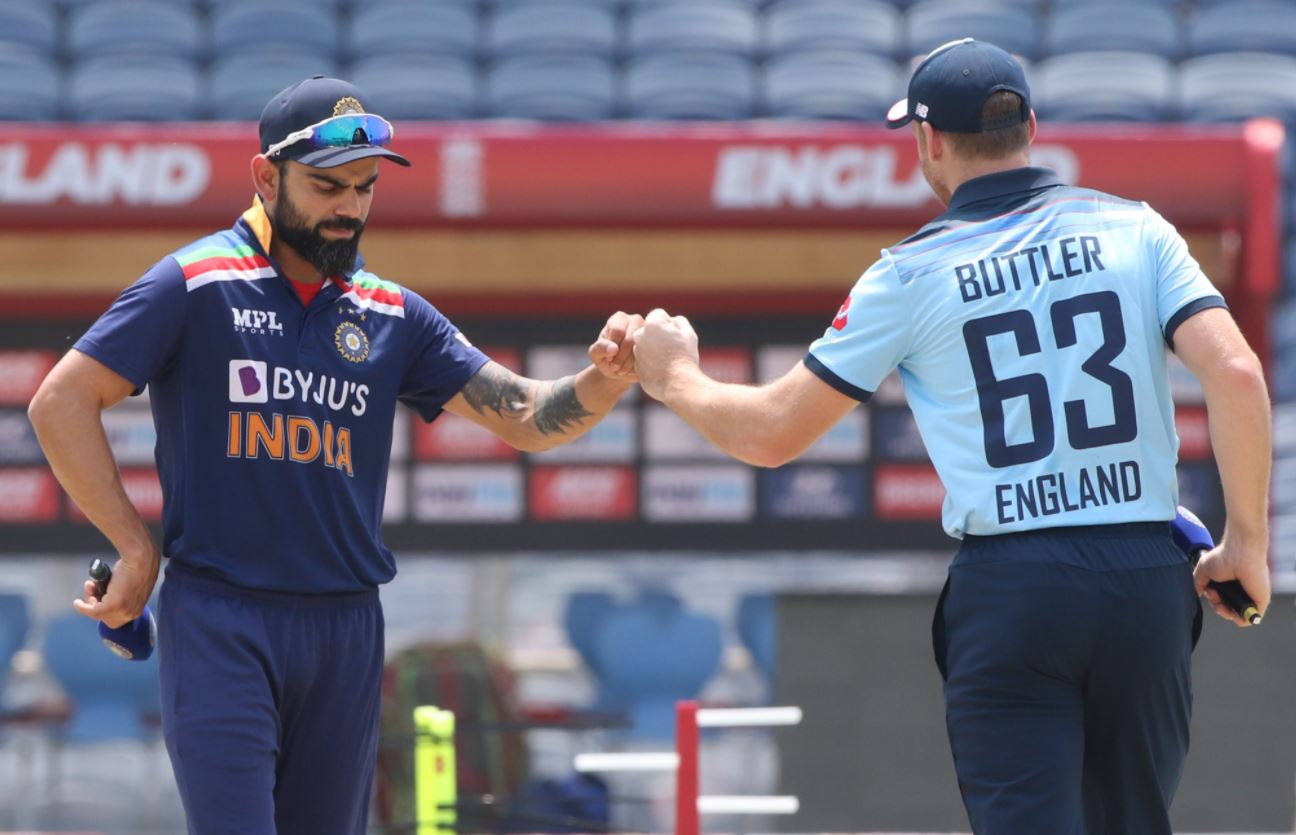 England began ominously, with Jason Roy (55 in 52) and Jonny Bairstow (124 in 112) adding 110 in under 100 balls. Whatever chance India had went out of the window once Ben Stokes (99 in 52) launched his onslaught. England won by 6 wickets with 39 balls to spare. The teams will now meet at the same venue for the decider. Ahead of the match, here is a statistical preview.

1 uncapped player in the Indian squad – Suryakumar Yadav. He may become their 235th debutant.

6 ODIs at the Maharashtra Cricket Association Stadium, Pune, so far. India have won 3 (twice against England, once against New Zealand) and lost 3 (against Australia, West Indies, and England).

8 wickets needed by Yuzvendra Chahal (92) to become the 23rd Indian to take 100 wickets.

12 scores of fifty or more by Kohli, the joint most for India against England. Sachin Tendulkar and Suresh Raina also have 12 each. The England record against India is 9, by Kevin Pietersen.

52 sixes in the ongoing series, the fourth-most in a series or tournament with 3 or fewer matches. The record is 57, set during Sri Lanka’s tour of New Zealand in 2018/19. There are instances of 56 and 55 as well.

Cricket history and numbers aficionado, Co-author, Sachin and Azhar at Cape Town and the senior editor of CricketNews.com. Abhishek brings a wealth of experience to the team with a career stretching over two decades.