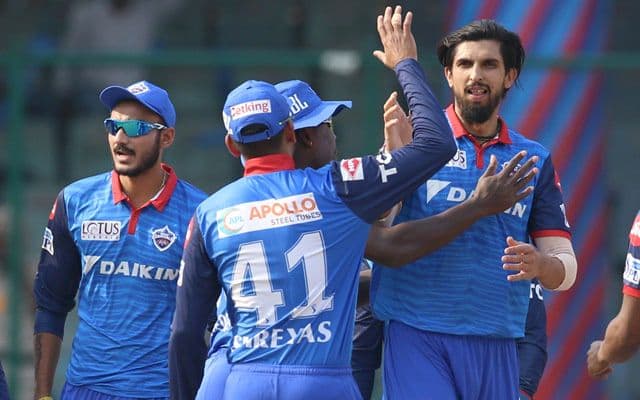 Delhi Capitals had a season to remember in IPL 2019, when they finished in the top three. Following the successful edition, the franchise retained most of their players, including Kagiso Rabada, Prithvi Shaw, Shreyas Iyer and Rishabh Pant. They also traded Ravi Ashwin and Shikhar Dhawan for the upcoming season, which gives the team plenty of experience and firepower.

We look at how the team stacks up ahead of the 13th edition.

Strengths: With players like Dhawan, Iyer, Pant, Shaw and Ajinkya Rahane in the top order, the Capitals are the only team who can field a strong Indian batting line-up. This will allow them the option of stacking up their bowling department – the side’s Achilles Heel last year – with experienced overseas players. The franchise can also field quality all-rounders, who can finish off games consistently, like Marcus Stoinis and Keemo Paul. Along with Rabada, Sandeep Lamichhane can play regularly as well, which not only lends balance to the team but also adds the much-needed depth, which was lacking last year.

The side have also managed a strong back-up team, with cricketers like Alex Carey and Shimron Hetmyer available if any of the foreign recruits fail in the middle order. Axar Patel, Mohit Sharma, Harshal Patel and Avesh Khan can take the field and win games regularly as well, and the team might not face a number of issues in case of an injury to their star players.

The strongest aspect of the team, however, is the effective spin presence. With the wickets in teh UAE expected to keep low and slow, the presence of Ashwin, Lamichhane, Amit Mishra and Patel gives them a huge advantage. The Delhi unit can easily field at least three of the four spinners, especially in Abu Dhabi, where the track is considered slower.

Weaknesses: The major weak link of the Capitals appears to be the lack of an experienced Indian seamer. Other than Ishant Sharma, the franchise do not have a big name. Even Sharma, despite his experience, is not the best T20 bowler, having been sidelines to play Tests for the national team. Mohit Sharma is not in his prime, while Avesh Khan and Harshal Patel lack experience and might not be the best picks for the pitches in the UAE.

Verdict: Despite the lack of an Indian seamer who can partner Ishant, the Capitals look a strong and well-balanced unit, with an enviable top order and a spin department. They are predicted to make the top four this year.