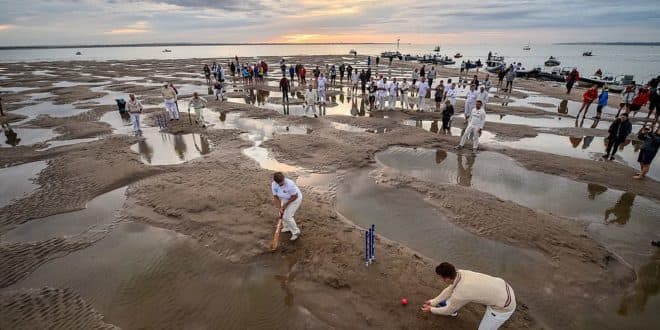 FEATURE: Cricket in the middle of English channel 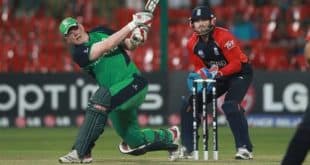 With the world currently battling the deadly coronavirus and sporting activities around the globe have taken a temporary break, CricketNews.com has decided to utilise this spare time to take a look beyond the traditional boundaries of the cricketing fraternity. In today’s piece we will know about a traditional and unique annual cricket match which is being played in the middle of the English Channel…

Brit’s are known for their lover affair with Cricket. It is their enthusiasm, which took game from its birthplace Hambledon, a small village in Hampshire; to faraway lands across the globe. In fact, their obsession with Cricket has crossed the traditional boundaries, so much so that now it is being played in the middle of a sea as well.

Once a year, a strip of sand in the English Channel called Bramble Bank, hosts an unique Cricket match between two traditional rivals – Royal Southern Yacht Club and Island Sailing Club. The fixture generally takes place during the spring tide in August, when the sandbar appears in the Solent, the strait that runs between the Isle of Wight and England’s South Coast; and which is normally a busy shipping lane during high tide.

The first Bramble Bank match was played in the 1960s, but it was not until 1986 that it became an annual event.

On the match day the players and spectators arrive at the ‘playing arena’ by boat and they are always right on their toes as the rising tide can suddenly spoil the show. Along with all the playing equipments, the organisers also carry a small post box to give the sandbank something of a village green feel.

The match is played with a leather ball but on a surface what can only be described as the wettest and most uneven cricket pitch one can ever likely to see. Batting there is nothing sort of a nightmare for any batsman but whenever a fulltoss comes to their way, the ball generally ends up in the water.

It is also quite tough for the players to stand on that wet sandbank wearing a sports shoe. Hence, they prefer to play this ‘high-profile’ match in bear feet.

Meanwhile, the result of this fixture is pre-decided as both teams, by arrangement, win in alternate years in order to continue the traditional rivalry.

During the 2018 edition of Bramble Bank match England cricketer Stuart Broad was seen at the venue, encouraging the players.