FEATURE: Sanath Jayasuriya – an opener who inspired a generation 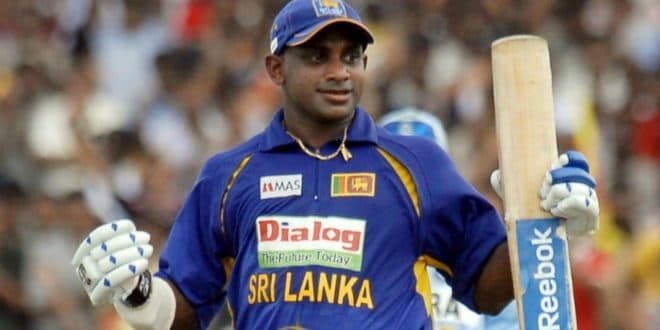 Sanath Jayasuriya, the Sri Lankan opener made his debut at just 20 years and 6 moths of age against Australia at Melbourne, in 1989.  Starting off as a slow left-arm orthodox spinner, Jayasuriya made the cut as a bowler who could bat in the lower middle order, but his true calling always lay in batting.

First promoted up the order in the Hero Cup against India in 1993, Jayasuriya was a man on a mission by the time the 1996 World Cup that was held in the subcontinent arrived.

Though the left-hander averaged just over 36 in the edition, it was his strike rate that made him a a real threat upfront. A strike rate of 131.55 in the edition only highlights how he pulverized the bowling attacks, and there is no doubt that he played a huge role in his side’s journey to their maiden World Cup title.

Not only did the tournament pave the foundation for a glorious ODI career, it also allowed his Test game to come to the fore. Taking the same aggressive approach into Tests as well, Jayasuriya, who had made his debut in the whites in 1991 against New Zealand, was unstoppable after getting his maiden Test ton, in 1996 against the Aussies at Adelaide.

He amassed four more hundreds in the 20th century, including his highest score of 340 (also the game in which the Lankans posted the world total of 952 runs for the loss of 6 wickets). He did miss out on a well-deserving double hundred when he was dismissed for 199 against India in 1997, but made up for that with a fine 213 against England at The Oval a year later.

Though Jayasuriya hung up his Test boots in 2007, he continued playing ODI cricket just two days short of his 42nd birthday.

Other than inspiring millions around the globe to bat without restraints at the top of the order, Jayasuriya also made an equally important contribution with the ball. He has 440 international wickets to his name, with 323 ODI wickets – the fourth highest in Sri Lankan ODI history behind legends Muttiah Muralidharan, Chaminda Vaas and Lasith Malinga.

Equipped with a brilliant technique and hand-eye coordination, Jayasuriya also led his team in 118 ODIs and 38 Tests. His no-nonsense approach to his batting ensured that he broke one record after another, which sees him occupy the 4th spot in the list of highest run-scorers in ODIs.

With 13,430 runs at a strike rate of 91.20, the Lankan also has played the third highest ODIs – 445 – which remains a lasting testimony to his longevity and legacy.