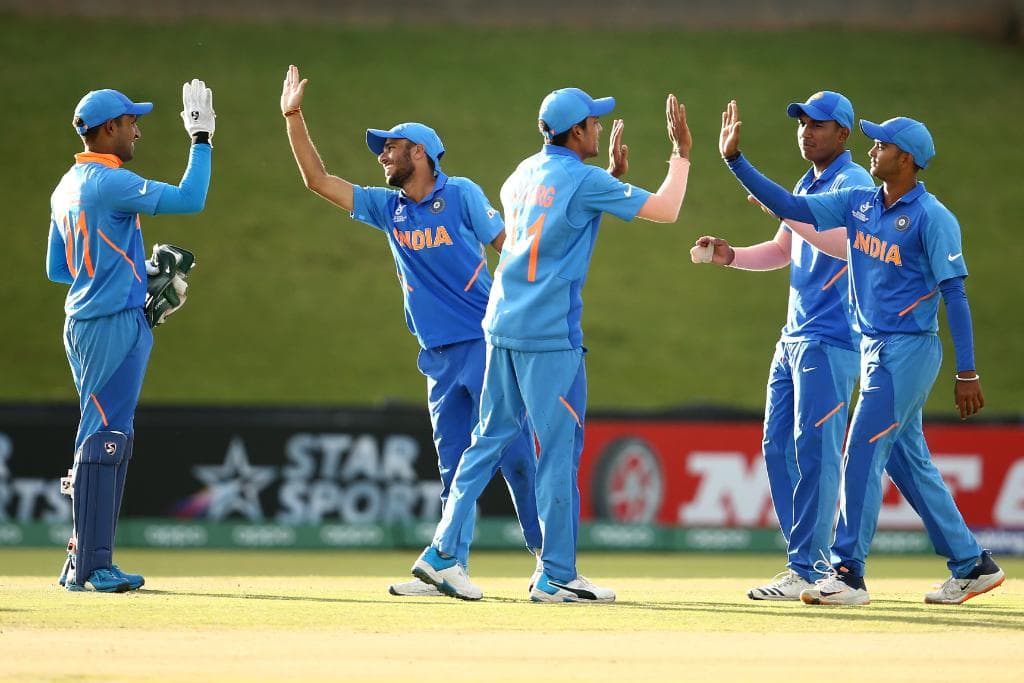 The under-19 World Cup has reached the quarterfinal phase with the top two teams from each of the four groups pushed into the Super League knockouts and the bottom two going into the Plate League. The four quarter final matches give way to the semi-finals which in turn decides the finals and the winner. Here we take a look at the teams’ chances.

A high-profile clash early in the tournament only reduces the intensity of competition later on but the fate was sealed when West Indies, Australia and England were thrown into a death group. India avoided a clash with the strong West Indies outfit by beating New Zealand in their final group fixture but Australia are no less potent as a unit. Their character under pressure has stood out in this campaign with the win against England coming in a last-ditch effort.

Prediction: Both sides are strong on paper but perhaps India boast of better all-round quality and a well-rounded bowling attack.

New Zealand were handicapped after their match against the weakest opponent in the group – newbies Japan – was washed out in the beginning. Having split points there, they showed good fight in overcoming stiff resistance from Sri Lanka but then went on to lose against India although they started off well in a rain-shortened run-chase where required run rates were soaring. West Indies, on the other hand, have won all three matches and have a terrific team this time around. Their all-round quality has stood out in wins over England and Australia.

Prediction: An easy win for West Indies given the kind of resources they have at their disposal.

The fate of South Africa’s junior side has mirrored with that of the seniors in recent times. They went on to lose the tournament opener to Afghanistan and were lucky enough to have two other minnows to brush past to the quarter finals. Bangladesh, on the other hand, struggled against Pakistan with the bat but luckily for them rain intervened to abandon the game. They have a well-rounded unit and their spin attack is good enough to test the Proteas.

Prediction: This is likely to be the most closely fought quarter finals clash after India – Australia. Bangladesh have a strong batting core this time that should be able to counter South Africa’s pace. By a whisker, the Asian side could just topple the hosts who have been lackadaisical in general.

The 2018 semi-finalists, Afghanistan, have had a rollicking start to the tournament topping their Group after wins against South Africa and UAE. They had a washout against Canada but have a really good line-up with experience in batting and mystery and wile in the bowling department. Pakistan, on the other hand, have thrived on their pace bowling attack which has been super impressive. Both teams haven’t been tested on the batting front much and it is this that might decide the quarter finals winner.

Prediction: Despite their ominous performances, Afghanistan might struggle to handle Pakistan’s red hot pace attack. They will have to hope for another Shafiqullah Ghafari magic to win this fixture, but Pakistan are likely to have a fairly comfortable way through to the semis.