The short three-match ODI series between India and Australia was high in intensity and competition, with the Indians emerging victorious to clinch the series 2-1.

We look at the statistical highlights of the three games.

The touring Aussies thrashed the Indians in the first ODI by ten wickets to take a 1-0 lead in the three-match series. After winning the toss, Aaron Finch, the Aussie skipper, sent India to bat first. The home side was bundled out for just 255 in 49.1 overs, and in reply, the Aussie openers had a field day as they got to the target in just 37.4 overs without the loss of a wicket to win by 10 wickets.

India managed to level the series after a 36-run win in the game where 644 runs were scored. The fifties from Shikhar Dhawan, Virat Kohli and KL Rahul helped India to a target of 340 for 6, which proved to be a steep target for the Kangaroos, who were bundled out for 304 in 49.1 overs.

Team India won the ODI series after getting the better of Australia in the third and final game. After winning the toss, the visitors decided to bat first and scored 286 for 9 in their quota of overs, which was easily chased down by the Indians in 47.3 overs. 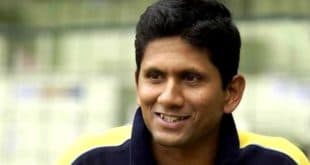 Remembering the genius: Venkatesh Prasad, a hero in India-Pakistan rivalry