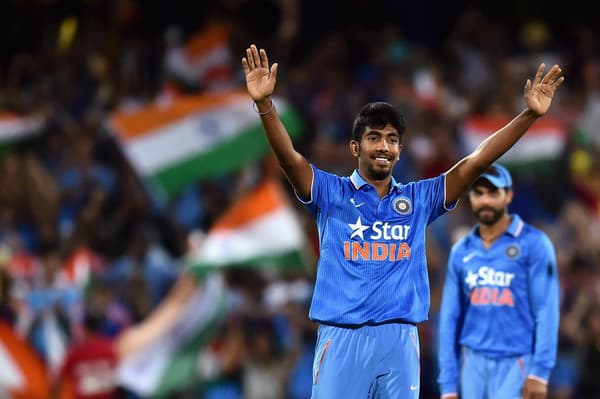 A stress-fracture might have kept Jasprit Bumrah out of international cricket for a long duration of four months but it took him only two games since his comeback to become the highest wicket-taker for India in T20Is.

Bumrah had 51 T20I wickets to his name before the series began and he picked up another in the second match at Indore to take his tally to 52 wickets. That placed him in a tied position along with Ravichandran Ashwin and Yuzvendra Chahal as India’s highest wicket-takers in T20Is prior to the third and final T20I of the series against Sri Lanka at Pune. And it took him only six deliveries to go past them as he picked up the wicket of Danushka Gunathilaka to become India’s highest wicket-taker in the format.

Bumrah didn’t bowl out his full quota of four overs in the match but he gave an idea of the kind of rhythm he was bowling with. He finished with match figures of 1 for 5 in his two overs, one of which was a maiden inside the powerplay as well.

India also went on to win the match by a massive margin of 78 runs. Bumrah might not have registered the best figures among all the bowlers in the match but he definitely set the tone for India’s victory with the early dismissal of Gunathilaka.