Memories of The Ashes: Part 1 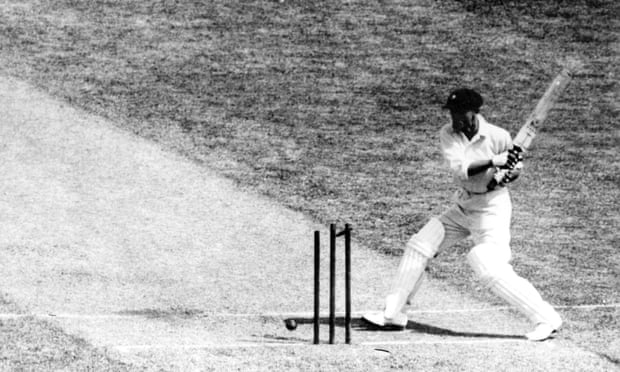 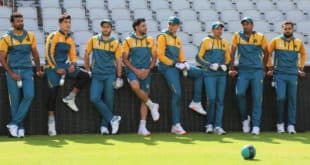 The first Test match between England and Australia was played way back in 1877. Since then it has been always one of the most cherished rivalries in cricket and even in the 142nd year the hype and anticipation are more than ever with ‘The Ashes’. Several memorable incidents in all these years have taken a permanent place in the cricket chronicles forever. Let’s look into some of the key moments from the Ashes archive.

Although the first Test match was played in 1877, the teams were called the Lillywhite XI and the Combined Australia XI. It took a few years more for the teams to be recognized as England and Australia. However, the concept of Ashes was still not there. In 1882, Australia won their first Test match on English soil.

In a dramatic match played at the Oval, Australia scored only 63 runs in the first innings on a rain-affected pitch. England replied with 101 where Australian fast bowler Fred ‘Demon’ Spofforth got 7/46. After some more splashes on day two, Australia scored 122 in their second innings and set up a target of 85 for England. There was controversy during Australian second innings as the English great W. G. Grace ran out young Australian Sammy Jones while gardening outside his crease. It was a show of gamesmanship from ‘The Doctor’ but it irked the entire Australian team.  Despite the small target, Spofforth announced to his teammates in the break that, “This thing can be done”.

Chasing 85, England lost two wickets for 15 runs before Grace and George Ulyett took the score to 51. Spofforth came back to get Ulyett as his third victim and soon Grace was caught by Alec Bannerman off Harry Boyle. England collapsed from 53/4 to 77 all out as Spofforth claimed 7/44 in that innings and finished with 14 wickets for 90 runs in the match.

There was a huge uproar as it was England’s first Test loss at home. On 29th July ‘Sporting Times’ published a mock obituary of English cricket mentioning that ‘The body will be cremated and the ashes taken to Australia.’ Later the captain of the English touring party in the return tour, Ivo Bligh mentioned that he was going to regain ‘the ashes’ and later was presented a small terracotta trophy by a group of fans. It was not a popular term immediately. But by 1903, it was a well-known term when Pelham Warner also vowed to regain ‘the ashes’ and since then the England-Australia rivalry got the name ‘The Ashes’.

The 1932-33 Ashes tour of England in Australia witnessed quite a few remarkable events. Australia had beaten England at their home 2-1 in the previous Ashes series in 1930. The young Australian sensation Don Bradman had smashed 974 runs to give nightmares to the English bowlers.

This was the revenge time. Douglas Jardine, the prolific amateur batsman from Surrey led the touring party. His first target was to hatch a plan to stop Bradman’s run-scoring. Being an intelligent and pragmatic captain, Jardine with his mentor Percy Fender formed a plan to bowl fast, short balls attempting towards the body to create discomfort for Bradman and other Australian batsmen. A famous meeting at Nottinghamshire helped Jardine to find his two main weapons in the mission, Harold Larwood and Bill Voce. Larwood was extremely quick and with a great control was leading the English fast bowling pack.

Once the series began, the bowling targeting the body or ‘Bodyline’ was visible from the very first day. The crowd was not okay with it and they were behind Jardine and Larwood with hooting and jeering. After the first two Tests, the series was tied 1-1 with England winning the first Test easily and Australia winning the second one, a dramatic stage was ready for the third Test at Adelaide.

The third Test of the 1932-33 Ashes series at Adelaide was one of the most discussed Test matches of all time. The full extent of Bodyline was evident and it started to keep its imprint on the series. Australian captain Bill Woodfull was hit on his heart by a searing bouncer from Larwood. Soon more attacking bowling was displayed and Woodfull was hit on his hand multiple times before getting out.

At the end of second day’s play, the English team manager Pelham Warner went to meet Woodfull to show his sympathy. Woodfull’s response was short and direct and became one of the famous quotes in the history of the game, “I do not want to see you, Mr. Warner. There are two teams out there. One is playing cricket. The other is making no effort to do so.”

On day three the Australia keeper Bert Oldfield got the most sickening blow as he missed a Larwood bouncer while pulling and it fractured his skull. There was a commotion on the ground and even Woodfull came out in suits to comfort his teammate. On the fifth day, Australian Board of Control for International Cricket sent out a cable to their English counterpart expressing their displeasure with the tactics from the England team calling it unsportsmanlike. Jardine threatened to pull out his team from the tour which got support from MCC and finally the Australian Prime Minister had to intervene to carry on the series. England won that Test comfortably.

The fourth Test was memorable for the heroics of Eddie Paynter who came out from his hospital bed to stabilize faltering English innings and helped them to win. The Bodyline bowling didn’t stop. England also won the fifth Test, highlighted by Larwood’s 98 as a night watchman.

The Ashes was regained with a 4-1 scoreline. Bradman finished with an average around 56, lowest of his career. Larwood finished with 33 wickets and became an overnight hero in England. Jardine’s plan was successful but he almost made his coach at Winchester, Rockley Wilson’s prophetic words true, “We may well win the Ashes, but we may very well lose a Dominion.” 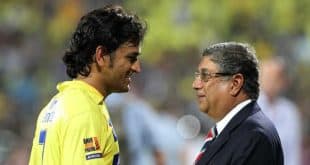