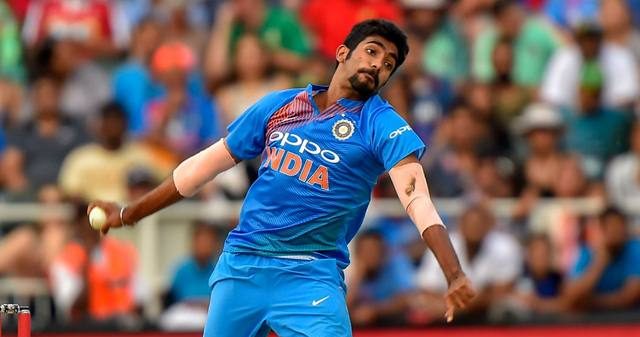 When Jasprit Bumrah first came to notice with his spell of 3/32 against Royal Challengers Bangalore in IPL 2013 no one thought he was a special talent. Everyone highlighted his unusual action but no one realized the superstar Bumrah was going to become based on his first IPL season. He did not do anything noteworthy in next two editions but the Mumbai Indians team management trusted him and decided to invest on the youngsters like him. For Bumrah, spending time with an international star like Lasith Malinga was a big learning experience. Malinga who also has an unusual bowling action guided Bumrah and provided vital tips.

Then came Bumrah’s breakthrough year in 2016. Based on his IPL experience and domestic performance, he was selected for India’s limited over a tour to Australia. He made his debut in the 5th ODI and also played all three matches in the T20 series which India won 3-0. Bumrah started with an outstanding 3/23 in his first T20 International. In 14 matches in the IPL, he picked up 15 wickets with an average of 27.06 and economy rate below 8. His ability to bowl with great control during the death overs and frequency of his deadly yorkers started to claim attention from the critics and fans.

From then on there was no looking back as Bumrah continued to shine for the Indian team and in the IPL. In last three seasons of IPL, he has picked up 56 wickets in 46 matches and maintained an economy rate below 7. There are countless matches for Mumbai Indians where Bumrah turned the match on its head through key wickets in the key moments. Till the end of 2017, Bumrah was preferred only for white-ball cricket and created a special position for himself with his accuracy, smart thinking, and application.

During India’s tour of South Africa in early 2018, Bumrah was introduced to Test cricket and contrary to popular belief, Bumrah looked even more deadly with the red ball in hand. In his third Test, he picked up seven wickets and helped India achieve a rare win on South African soil with his first 5-wicket haul in the longer format. His bowling action puts a lot of stress on his shoulder and back and the Indian team management always looks to give him proper rest. Till now he has only played Test matches outside India in South Africa, England, Australia, and West Indies. He is the first Asian bowler to pick up 5-wicket hauls in all these countries.

His performance in India’s historic 3-1 series win against Australia was eye-catching. He finished with 21 wickets in the series including nine wickets in the Boxing Day Test. The way he got Shaun Marsh out with an outstanding slower yorker was the moment of that series and displayed the helplessness of the Australians batters in front of Indian bowlers, led by Bumrah. Even in West Indies, he had 13 wickets in just two Tests including a memorable hat-trick.

India now boasts of a great fast bowling line-up which included swing bowlers like Ishant Sharma and Bhuvneshwar Kumar. They have Umesh Yadav who can use the bounce and Mohammed Shami who is the best in the world currently with respect to seam movement. Jasprit Bumrah is the jewel in India’s fast bowling crown and expected to take India to the heights which are not yet achieved.

It is absolutely important that the board takes care of Bumrah and till now that is what being looked after by Virat Kohli and management. Indians are currently leading the Test championship by a huge margin but to ensure the finale presence and win the trophy India need Bumrah and that should be his key focus till the 2023 World Cup at home.