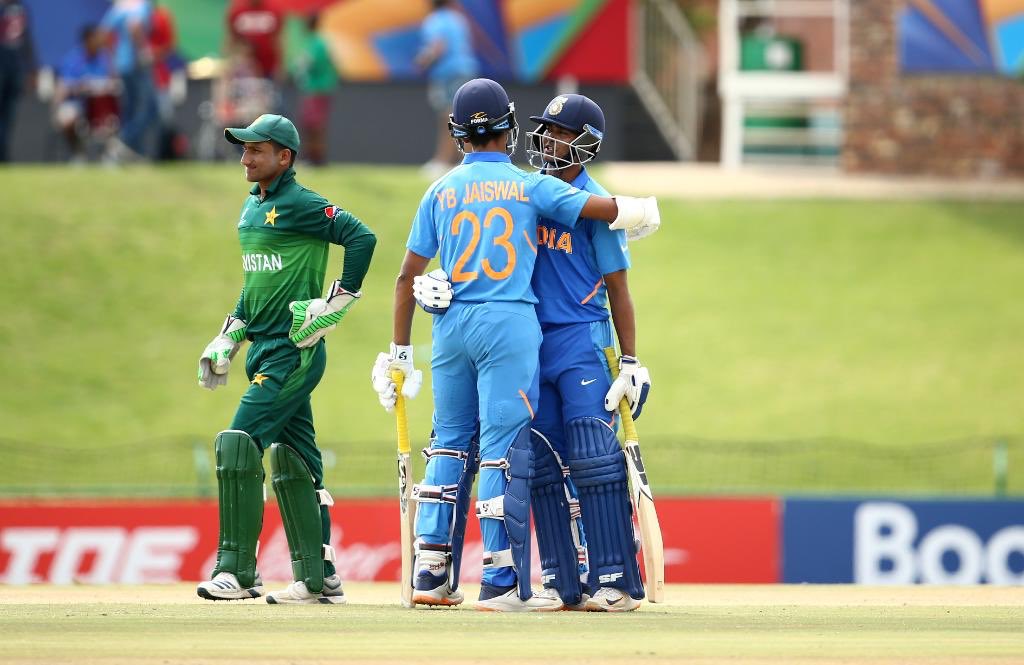 A solid foundation is the first and foremost requirement for building a tall structure. Stronger the foundation, higher are its chances of surviving the test of time and other external forces. And this is the very reason why the India U-19 team made it to the final of the ongoing U-19 World Cup in a comprehensive manner.

There’s no doubt that there were all-round contributions from almost each and every player of the squad but the top-order batting pair of Yashasvi Jaiswal and Divyansh Saxena played a major part in their journey to the final.

The two left-handed batsmen have come up with opening stands of 66, 115*, 35 and 176* during the course of the tournament so far. Jaiswal and Saxena opened in all but one innings amassing a total of 392 runs at a mindboggling average of 196. And that’s how their contributions have always been at the very foundation of India’s victories.

In fact, not just in this tournament, the duo has been a force to reckon with in all the youth ODIs they have played so far. In the 12 innings Jaiswal and Saxena have batted together, they have scored 856 runs between themselves at a staggering average of 85.60. That includes four century stands and three fifty-plus stands as well. That means, they go past the 50-run mark in 58.33% of their outings. That’s quite a high percentage of fifty-plus stands for any batting pair.

Their run-tally is the sixth highest of all-time among pairs with most runs between themselves and their average of 85.60 is the third-highest among all-time batting pairs with 500 or more runs in Youth ODIs.

Table: Opening pairs with most runs in Youth ODIs since ICC U-19 World Cup 2018

They have scored 678 of those runs as openers though, and their average partnership per dismissal (96.85) is the best among all opening pairs in youth ODI history with 500 or more runs. And all these runs have come since the last U-19 World Cup, thus making them the opening pair with the second-most aggregate of runs during this period. Their average of 96.85 is once again the best during this period.

The fact that none of the other Indian batsmen have even crossed the 100-run mark tells us how these two have dominated the proceedings with the bat to go with India’s fine bowling performances. The duo have complemented each other well. Both understand each other’s game very well and that is the main