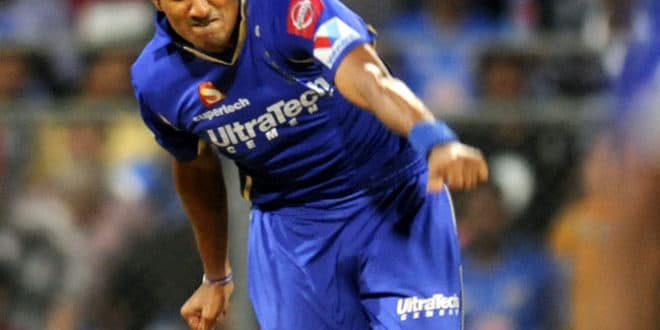 According to a report in Cricbuzz, Ankeet Chavan, who played for Mumbai Indians and Rajasthan Royals in the IPL previously, has requested the BCCI and Mumbai Cricket Association (MCA) to reconsider his life ban.

Chavan along with his Royals teammates, S Sreesanth and Ajit Chandila, were found to be involved in match fixing in 2013. As a result, they were banned for life by the BCCI disciplinary committee.

However, all charges against the three players were dropped by the Delhi Court in 2015 due to lack of evidence. Among them, Sreesanth also went on to challenge his ban in the Supreme Court and succeeded in reducing it to seven years. The period is supposed to come to an end in September this year and he has been named in the probable list for Kerala for the upcoming domestic season as well.

Chavan has also been trying to get his ban reduced. He had tried once in 2015 as well when he urged the MCA for help.

The spinner played in a total of 13 IPL games and picked up 8 wickets. He also represented Mumbai across 18 first-class matches and 20 List-A games and accumulated a total of 71 wickets in the two formats combined. Chavan was a handy batsman as well as a first-class century and an average of 35.68 suggests.