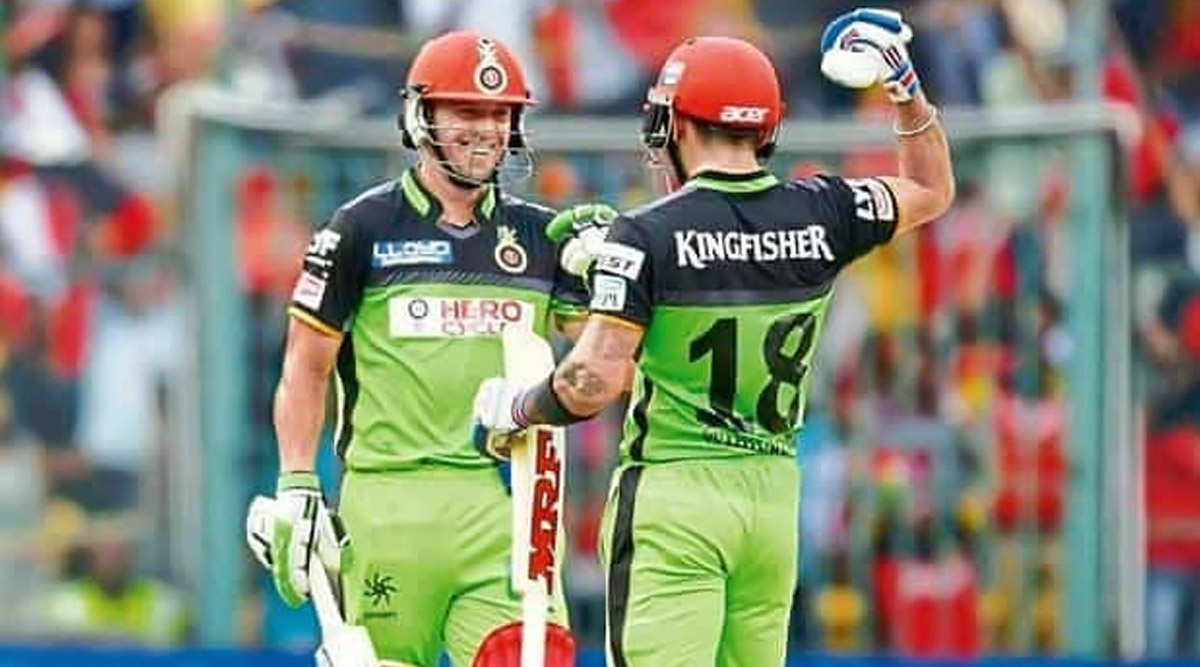 Royal Challengers Bangalore (RCB) batsman AB de Villiers has heaped praise on Virat Kohli, saying the skipper sets the example by leading from the front which makes it very easy for the players in the team to follow.

RCB would be eyeing their first IPL title win when the upcoming edition of the Indian Premier League begins this Saturday in the United Arab Emirates. The tournament, which was originally scheduled to be played in March, had to be postponed and then moved out of India due to the ongoing Covid-19 pandemic.

“I think the clarity about the IPL happening came one month back, more or less. BCCI has done a remarkable job in getting the IPL going and we are very excited to play the tournament. I am feeling better than ever so I am looking to get out there with the boys,” de Villiers said in a video posted on RCB’s official Twitter handle.

“We have worked very hard, we have a good work ethic, it really feels like everyone has bought into this hard-working environment. The credit needs to go to Virat, he sets the example and leads from the front. It is pretty easy to follow when you have a captain leading from the front. I am just excited to see the final product of this hard work,” he added.

The former Proteas skipper, who has played 154 matches for RCB in the IPL, further said that the team has a different feel to it this year.

“There is a different feel this time, there is back up everywhere looking at our options,” the 36-year-old said.

“Virat and coaches can find the best playing XI, there are options in every single department, be it batting, bowling, and fielding,” he added.

RCB will begin their tournament campaign against SunRisers Hyderabad on September 21 at the Dubai International Cricket Stadium.