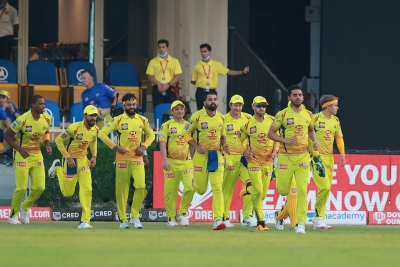 With less than a week before the start of the 14th edition of IPL, let’s have a look at the strongest possible starting XI for CSK.

Three-time IPL champions Chennai Super Kings (CSK) had a disastrous campaign last year in the UAE. For the first time in IPL history, MS Dhoni’s men failed to qualify for the Playoffs following a poor batting show throughout the season. CSK had sorely missed Chinna Thala Suresh Raina, the second-highest run-scorer in IPL history. Raina had pulled out of the last edition due to personal reasons.

The Super Kings had to make a bold move ahead of the mini-auction this February. They released veterans like Harbhajan Singh and Kedar Jadhav. Instead, they invested in two fine spin-bowling all-rounders – Krishnappa Gowtham (INR 9.25 crores) and Moeen Ali (7 crores).

CSK is set to witness a new opening duo following Shane Watson’s departure. Faf du Plessis and Ruturaj Gaikwad are likely to start off proceedings. Du Plessis top-scored with 449 runs for them last year, while Gaikwad (204) impressed in the second half of the tournament.

After a season-long break, Suresh Raina is set to return to his usual No. 3 position. Ambati Rayudu, who was also among the runs last year, is likely to bat at No. 4. MS Dhoni is set to follow.

Just like the middle-order, the Yellow Army has also got world-class all-rounders. Moeen Ali, Ravindra Jadeja, Sam Curran and Krishnappa Gowtham certainly add depth to the batting, while providing the licence to Dhoni to rotate their bowlers. The four all-rounders are set to fill CSK’s No. 6 to No. 9 positions.

After Josh Hazlewood pulled out of IPL due to bubble fatigue, Lungi Ngidi has become an automatic choice in the starting line up for CSK team management. Shardul Thakur, in the middle of a dream run following his recent international circuit success against Australia in England, is another must-have inclusion.