Aaron Finch’s hamstring injury in the initial stage eventually turned out a blessing in disguise for Mumbai. Lendl Simmons came to their line-up as Finch’s replacement and top-scored for his franchise with 540 runs in 13 games. 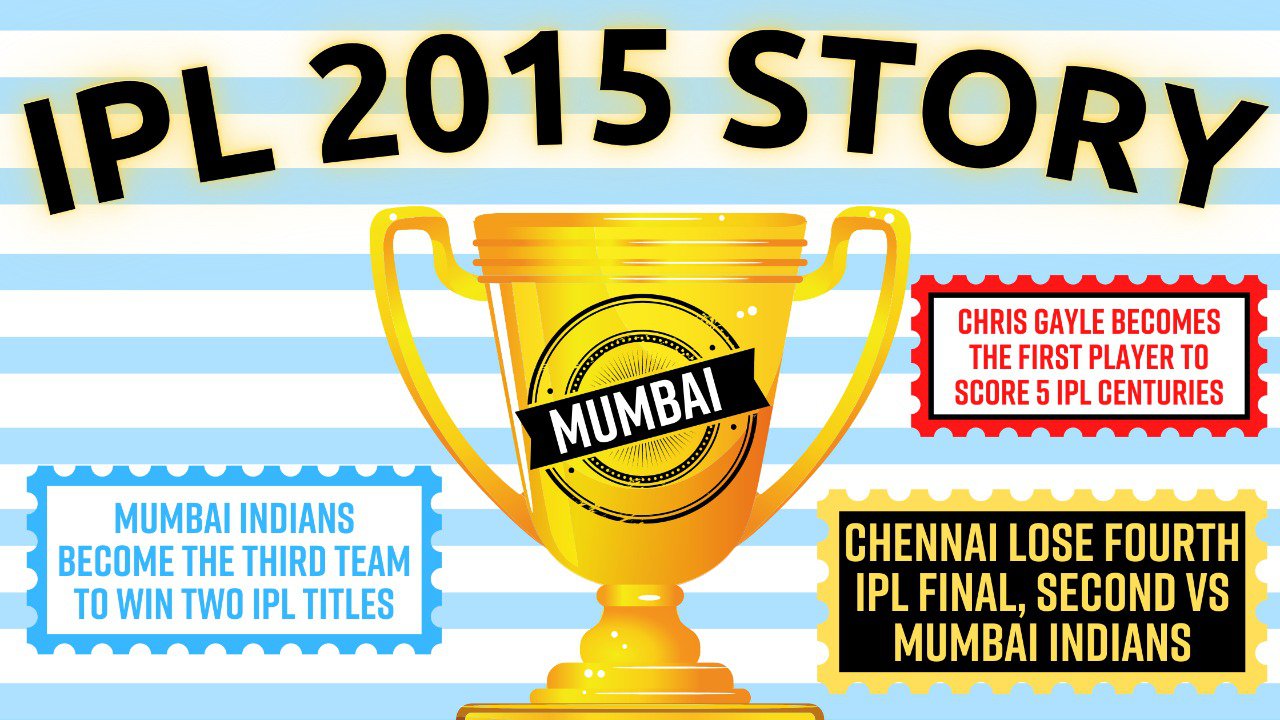 The eighth edition of the Indian Premier League (IPL) began with defending champions Kolkata Knight Riders (KKR) taking on Mumbai Indians (MI) in their own backyard, Eden Gardens. Despite Rohit Sharma’s valiant 98, Mumbai sustained a seven-wicket defeat against Kolkata. Following that, they lost four of their next five games.

Then, as in 2015, Mumbai turned their fortune in the second phase of the league stage to ensure a Playoffs berth. They won seven of their remaining eight matches.

Aaron Finch’s hamstring injury in the initial stage eventually turned out a blessing in disguise for Mumbai. Lendl Simmons came to their line-up as Finch’s replacement and top-scored for his franchise with 540 runs in 13 games.

Since the start of the season, Chennai Super Kings (CSK) were in complete control in their traditional nature. They topped the points table, with nine wins. Openers Brendon McCullum (436 runs at 155) and Dwayne Smith (399) provided them with brisk starts match after match.

However, for the first time in eight years, Suresh Raina failed to score 400 runs in an IPL season. He finished with 374 at 123, just ahead of MS Dhoni’s tally of 372.

The trio of Chris Gayle, AB de Villiers and Virat Kohli were in terrific form for Royal Challengers Bangalore (RCB). While de Villiers top-scored for his franchise with 513 at 175, Kohli (505) and Gayle (491) were not too far behind.

De Villiers recorded the highest individual score of the season by plundering a 59-ball 133 not out against Mumbai. Kohli (50-ball 82 not out) played second fiddle in that contest. Riding on them, Bangalore piled 235/1 in the first innings and won by 39 runs. They filled the remaining Playoffs spots, alongside Rajasthan Royals (RR).

David Warner was in stupendous form throughout the season. With 562 runs at 157, he won the Orange Cap. His best knock of the season came against Kolkata, where he smashed 91 runs off 55 balls on a slow, low Visakhapatnam pitch.

Kolkata found a new hero in Andre Russell. With an astounding strike rate of 193 in 11 innings, Russell acquired 326 runs. He topped the wicket-taking chart for Kolkata, with 14 scalps at an economy of just under eight. His all-round performance helped him bag the MVP award. Despite that, Kolkata failed to qualify for the Playoffs. They finished at fifth place, just one point behind fourth-placed Rajasthan.

Bangalore cruised past Rajasthan in the eliminator to face Chennai in Qualifier 2. Then, Ashish Nehra, who had 4-10 and 3-19 in the league stage outings against Bangalore, once again tore them apart with 3-28. Chennai chased down 140 in 19.5 overs, with three wickets in hand.

For the third time in eight years, Mumbai went head to head with Chennai for the ultimate glory. Simmons’s 68, Rohit’s 26-ball 50 and Pollard’s quickfire 36 helped Mumbai pile a mammoth 202/5 as no Chennai bowler conceded under eight and a half an over.

McCullum’s absence in the top order hurt Chennai. His replacement Michael Hussey (4) left early. Smith failed to shift gear, and eventually returned before returning to the pavilion for 48-ball 57. Chennai never seemed in command in the chase and ended up at 161/8.

Rohit lifted the IPL trophy twice in three years, while Dhoni’s men suffered their third defeat in the final since 2011.