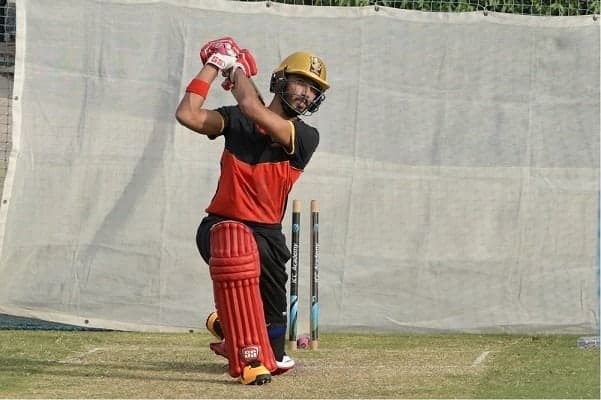 The Indian Premier League has witnessed many young players making their debut in almost each of its editions over the years. This year won’t be any different as we are about to watch some of the brightest young talents showing their ability on this stage. Here, we take a look at five debutants who are expected to make the headlines in IPL 2020.

The 18-year-old is probably the finest of all teenage Indian players at the moment and that’s why Rajasthan Royals bought him for a sum of 2.4 crore INR in the IPL 2020 auction in December last year.

Jaiswal was the highest run-getter for the Indian U-19 side in the U-19 World Cup earlier this year. Not only that, he made a stellar maiden appearance for Mumbai in the Vijay Hazare Trophy last year as well. Jaiswal amassed 564 runs in just six innings at an outstanding average of 112.80 and that included a double ton as well.

He has already proved that he has the ability to shine at this level and thus provides the Royals with a reliable top-order asset to look at. With Ajinkya Rahane being traded to Delhi Capitals, one of their opening slot is definitely vacant. It can go to their new recruit Robin Uthappa but considering how the Royals have always backed young talents, Jaiswal has a high chance of slotting into that position, with Uthappa playing as a middle-order batsman.

Moreover, Jaiswal’s place in the Starting XI looks guaranteed for the first couple of games as the Royals’ English and Australian recruits will have to spend six days in quarantine after landing in UAE around September 17 or 18. Jaiswal definitely has the technique, range and temperament to succeed at this level and he could be one of the best performers by the end of the season if he gets enough matches.

The English batsman has enjoyed a meteoric rise in world cricket since last year. It started when he had a stellar Vitality T20 Blast season, during which he scored 549 runs at an excellent average and strike-rate of 42.23 and 161.47 respectively.

From there on, he went on to make his international debut for England and also featured in other T20 Leagues like the Big Bash League and Pakistan Super League. He played in the Abu Dhabi T10 League as well and was then racked up by Kolkata Knight Riders in the IPL auctions for his base price of INR 1 crore.

He was seen in excellent form with the bat in the T20I series against Pakistan recently and is expected to get a significant number of games for KKR in IPL 2020. Banton might be quite young but he appears to be an upgraded version of Chris Lynn, who played for the franchise till last season.

Although Lynn turned out to be a good batting asset for KKR over the years, his fitness and weakness against spin bowling was always an area of concern for the franchise. Lynn wasn’t the swiftest in the field but Banton is agile and fast. Moreover, he has shown that he is a much better player of spin than Lynn and thus it can be said that KKR have fixed a major hole in their side with his signing.

He has been with Royal Challengers Bangalore since the last year but he is expected to get his much awaited opportunity only in this season. Padikkal enjoyed tremendous success in domestic cricket in the 2019/20 season.

He finished as the highest run-getter in the Vijay Hazare Trophy and followed that up by topping the scoring charts in the Syed Mushtaq Ali Trophy as well. Not only that, he also turned out to be the top run getter for Karnataka in the Ranji Trophy season that followed next.

Padikkal is a top-order batsman who likes to take on the attack to the bowlers and thus can be expected to bat in the top three for RCB in IPL 2020. Aaron Finch is certain to miss out on RCB’s first couple of games due to the six-day quarantine rule for Australia and England players.

RCB have mostly struggled with their top-order batsmen in the last couple of seasons. Apart from Kohli, nobody has done well enough to cement that spot but Padikkal seems to be a reliable option, not only for this season but for the future ones as well.

The Caribbean batsman has proved himself to be one of the best limited overs format batsman in the last couple of years. He was the highest run-getter for West Indies in the ICC World Cup last year and is coming into this IPL season on the back of a stellar outing in the Caribbean Premier League as well.

Pooran amassed a total of 245 runs in 11 innings during the season and that included a match-winning century as well. He is mainly a middle-order batsman who specializes in playing spinners. Kings XI Punjab would most probably assign him the role of a middle-overs aggressor along with Glenn Maxwell.

KXIP had struggled a lot with their middle-order in the last season and that issue seems quite sorted with Pooran there along with the likes of Maxwell and Sarfaraz Khan. Moreover, Pooran is an excellent Wicket-Keeper as well and that will allow the KXIP management to take keeping the load off KL Rahul.

The West Indies international will be seen making his debut in this IPL season as well. Kings XI Punjab bought him for a hefty sum of 8.5 crore INR in the IPL auction last year and Cottrell would be eager to deliver on the faith the management has shown in him.

The 31-year-old has impressed everyone a lot in the last one year or so, but he is a highly experienced player as far as this format is considered. Cottrell has featured in 95 T20 matches till date and has picked up 128 wickets at an outstanding strike-rate of 15.8. It includes best figures of 4/20 as well and that tells how big a match-winner he is with the ball in hand.

Cottrell brings some much needed quality into KXIP’s pace attack. He a wicket-taking asset both in the powerplay and the death overs. Moreover, the left-arm angle gives the KXIP bowling unit a different dimension as well. Since the tournament is going to be held in UAE this time, he could turn out to be an effective asset as a middle-overs bowler as well. He bowls his cutters and slower deliveries quite deceptively and that’s why he is an all-round package for KXIP.