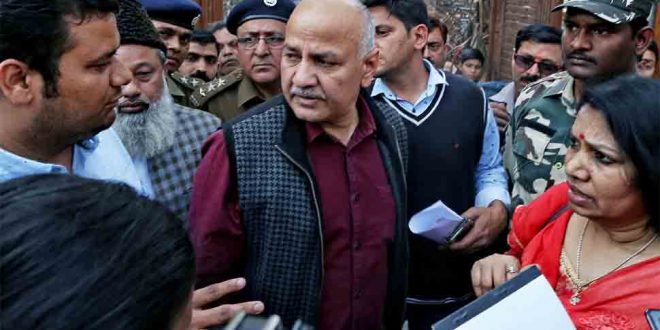 Delhi government banned all IPL matches in the national capital in the wake of coronavirus threat across India. Deputy Chief Minister Manish Sisodia on Friday informed the same in a press conference and asked people to avoid large gatherings.

He suggested, “Avoid large gatherings. A lot of people might be thinking about whether it’s right to take such extreme measures. In countries where preventive measures are being taken, only there it (coronavirus outbreak) could be regulated otherwise, it keeps spreading. We have told all DMs and SDMs to strictly follow all the coronavirus cases coming up.”

Regarding IPL 2020, he clarified, “We have banned all sports-related gatherings. If BCCI comes up with some new format then it’s up to them. But we are banning every such sports activity where there is a possibility of thousands of people gathering. Our intent is to avoid gathering and not stop people from practicing.”

Meanwhile, due to visa restrictions, foreign players will not be available for the league till April 15. The 13th edition of the Indian Premier League is all set to start on March 29. But now the fate of the league looks dicey. IPL Governing Council will be meeting all franchises on Saturday to take a final call on the same. A source in the council confirmed this to ANI, “Yes, foreign players will not be available. We will discuss this and other issues at our governing council meeting scheduled for March 14.”