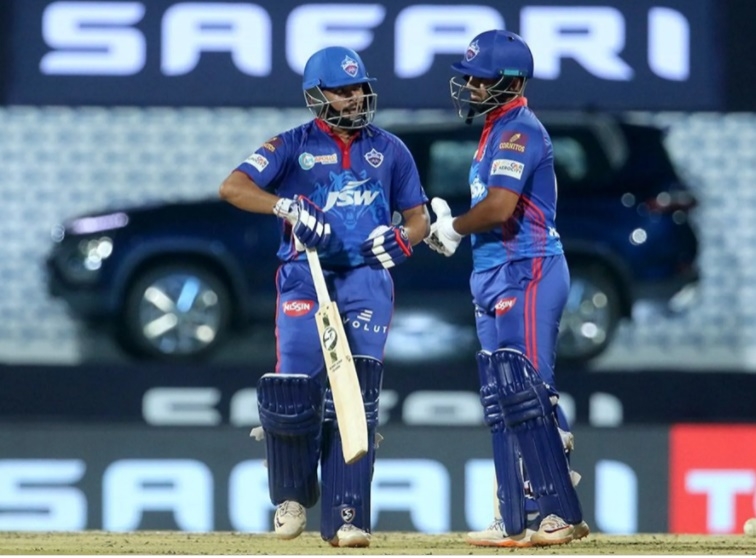 Delhi Capitals (DC) beat Kolkata Knight Riders (KKR) by seven wickets with 21 balls to spare in Match 25 of the Indian Premier League (IPL) 2021 at the Narendra Modi Stadium in Ahmedabad. The win took Rishabh Pant & co. to the second in the points table, with five wins in seven games. KKR, on the other hand, have remained at fifth, with two victories.

The star of the show was Prithvi Shaw (82 off 41). He single-handedly took the game away from Kolkata since coming to chase 155, a below-par total at Ahmedabad track. Dhawan (46) was happy to play second fiddle from the other end. The pair acquired 132 runs in the opening stand to make sure their victory with ease. Here is what they said on social media.

A morale-boosting win for @DelhiCapitals as they outplay #KKR to register a big 7-wicket win and they do so with 21 balls to spare. KKR could never recover after the early onslaught from @PrithviShaw. https://t.co/GDR4bTRtlQ #DCvKKR #VIVOIPL pic.twitter.com/fSBxxVkUBD

Shreyas Iyer congratulated Delhi Capitals after a convincing win against KKR. Iyer then lauded Shaw for his blistering knock.

Earlier, Shaw became the first player in the tournament’s history to begin a chase with six back-to-back boundaries. Ajinkya Rahane had done the same for Rajasthan Royals back in 2012, but not in the opening over.

Prithvi Shaw becomes the first batsman in IPL history to start an innings with 6 consecutive boundaries while chasing a total.

Batsmen hitting six fours off six balls in an over in IPL:

Andre Russell had a sluggish start against DC. But in the end, he delivered like he often does.