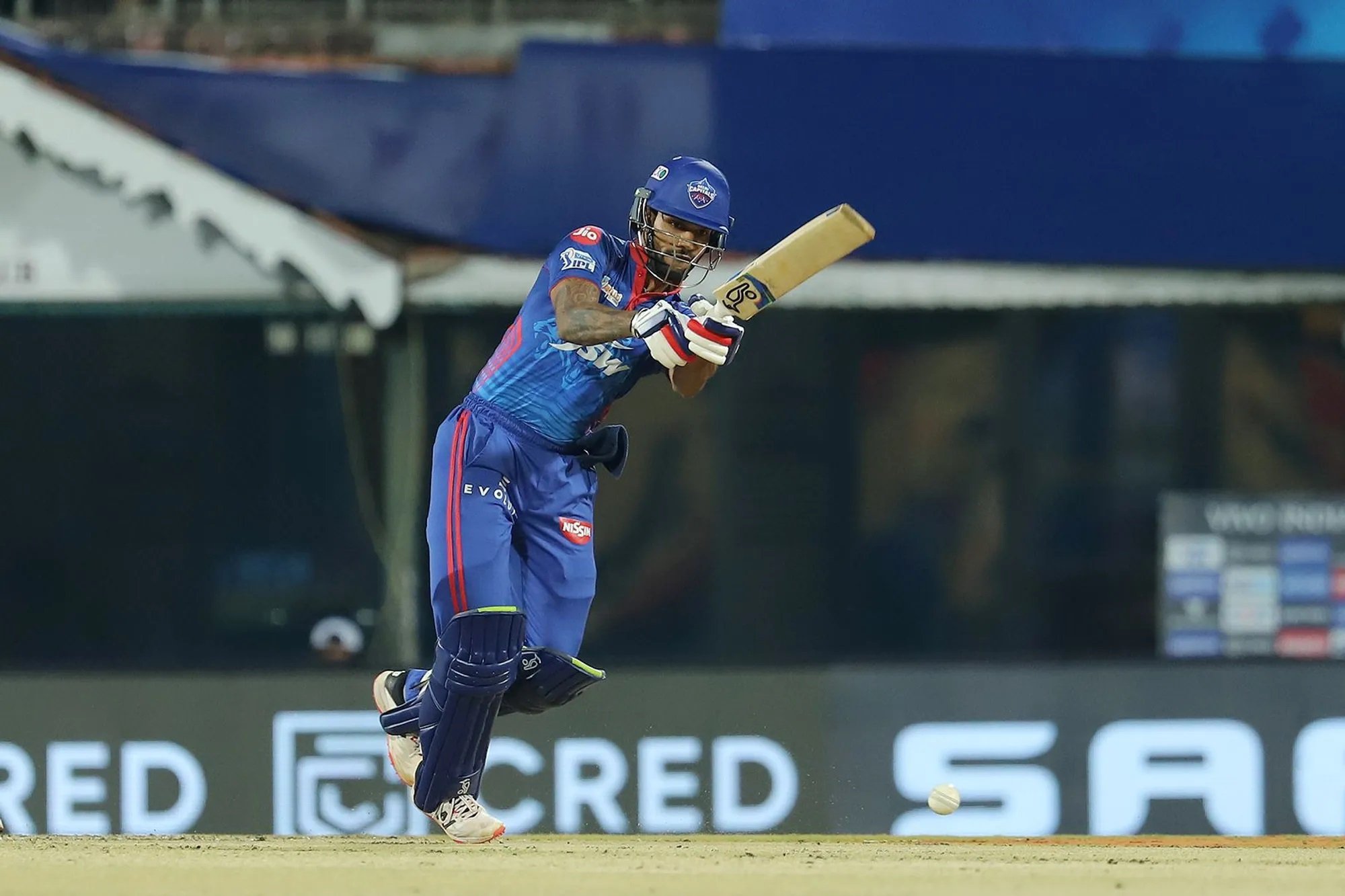 Delhi Capitals (DC) jumped to second in the points table after beating Kolkata Knight Riders (KKR) by seven wickets with 21 balls to spare in Match 25 of the Indian Premier League (IPL) 2021 at the Narendra Modi Stadium in Ahmedabad.

Chasing 155 to win, Prithvi Shaw smacked six boundaries in the first six balls off Shivam Mavi to give Delhi early advantage. Shaw (82 off 41), along with Shikhar Dhawan (46), added 132 runs in the opening stand to guide DC towards the victory line with ease.

Dhawan regained the Orange Cap after the Kolkata match, with 311 runs in seven games. Shaw, too, climbed to third place in the top run-getters list with his blistering knock. Chennai Super Kings’ Faf du Plessis is currently sitting in their middle with 270 runs, although he has played one less match from them.

Delhi’s Avesh Khan continued to make his impact in IPL 2021. His figure 4-0-31-1 only got ruined because of 10 runs off his final two balls by Andre Russell. He has been exceptional this season otherwise. The ability to bowl yorkers in regular intervals, especially in death overs, is one of his premier weapons. He is at the second spot in the highest wicket-takers list, with 13 wickets at an impressive economy rate of 7.38.

Let us have a look at how the points table is shaping up after Delhi vs Kolkata match: