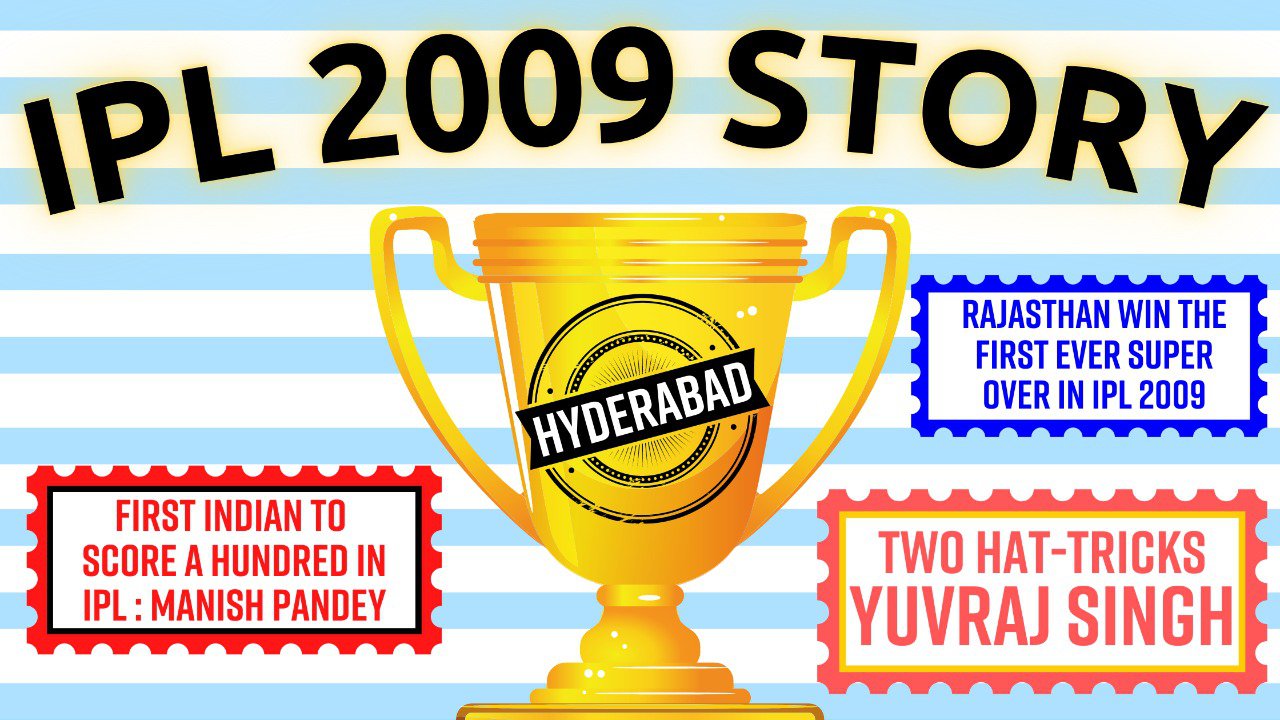 Sophomore year is when the excitement and hedonist way of life from the previous year evaporates, giving way to constant worry, pressure to perform and a quest to establish your identity. The umbilical cord is cut, and you are on your own, with no one to blame for your slump; neither you have excuses like unfamiliarity, innocence, cluelessness.

This applies to sports as well. After all, what is sport if not a metaphor for life? As the Indian Premier League moved to its second edition, franchises now had a blueprint of what actually worked for them, and what did not. They have a blueprint to success, and a recipe for disaster.

The IPL 2009 was shifted to South Africa since it coincided with the General Elections in the country. As it turned out, the venue change also altered the competition between bat and ball, as pacers got enough purchase from the tracks. Reigning champions Rajasthan Royals were the only side to cross the 200-run mark in the tournament.

Rajasthan were without the protagonists of 2008, Sohail Tanvir and Shane Watson. Tanvir was the leading wicket-taker of the edition, while Watson was their leading run-getter. Further, Swapnil Asnodkar’s lean patch as the opener aggravated their misery. He could only manage 98 runs in eight matches. Later, the Royals replaced him with Naman Ojha.

It was another year in which the Australians asserted their dominance, with two players at the dusk of their prolific career – Mathew Hayden and Adam Gilchrist – finished as the leading run-getters of the tournament. Brad Hodge was also in the list, leading the run-scoring charts for Kolkata Knight Riders.

The Knight Riders had an eventful campaign. John Buchanan proposed a multiple captaincy theory before the tournament, a strategy Tasmania had earlier experimented with in the domestic season. For Tasmania, Dan Marsh had looked after field placement, while George Bailey managed the bowling changes.

Buchanan was trying to achieve something similar at Kolkata, throwing Sourav Ganguly, Chris Gayle, Brendon McCullum and Hodge in the mix. However, the team management did not acquiesce and McCullum replaced Ganguly as the permanent skipper. It did not go down well for the franchise, as they finished last and Buchanan was sacked from his job.

Then there were episodes of redemption, of unearthing a gem, of stranger omissions, and of disappointments.

Delhi Daredevils’ Ashish Nehra finished with 19 wickets. His exploits in the IPL earned him a place in the national squad. Bangalore’s Manish Pandey announced himself on the global stage, becoming the first Indian to score a century in the league, against the Chargers.

It was a coming-of-age century from Pandey, who rode on luck in the beginning, but then ward off the rustiness and played a near-fluent innings to bring his hundred in 67 balls. The century shot him from obscurity to prominence.

The award for the most contentious decision of the season should go to Delhi Daredevils, who left out Glenn McGrath throughout the season. Not many times in his long, fruitful career McGrath had to make way for other bowlers. But now he had to warm the benches for a relatively unknown Dirk Nannes.

Nannes did a decent job until the semifinal when he was taken to cleaners by Gilchrist, who smashed five boundaries off an over. Gilchrist’s ruthless assault guided his team across the finishing line to seal the birth for the summit clash. The captain-coach combination of Gilchrist and Darren Lehmann worked wonders for the Chargers. They also topped the league stage, with 10 wins and only 4 losses.

Another team for whom the shuffling of the captains worked was the Bangalore. Rahul Dravid was relieved from captaincy, and the man who replaced him, Kevin Pietersen, too, was sacked after six games. Ultimately, Anil Kumble led the team for the rest of the season, under whose tenure the franchise saw a dramatic resurgence, winning six out of the last eight matches.

In the semi-final clash against Chennai Super Kings, the RCB, after losing two early wickets in a chase of 147, found themselves in choppy water. Pandey then forged a crucial partnership with Dravid to take Bangalore to the final.

The two teams that occupied the bottom spots in the previous year made it to the final of the IPL 2009. No one had seen that it coming. It was nothing but a reaffirmation of a simple fact: cricket, or sports in general, is a great leveller. Success or failure, both are ephemeral, not eternal, in nature.

Similar to the majority of the matches, the final was a low-scoring affair. Kumble (4-0-16-4) weaved a web of spin to reduce the Chargers for 143. Unfortunately, Kumble could not get the support from his batters as they fell six runs short of the target. The IPL got its new champion: Deccan Chargers.