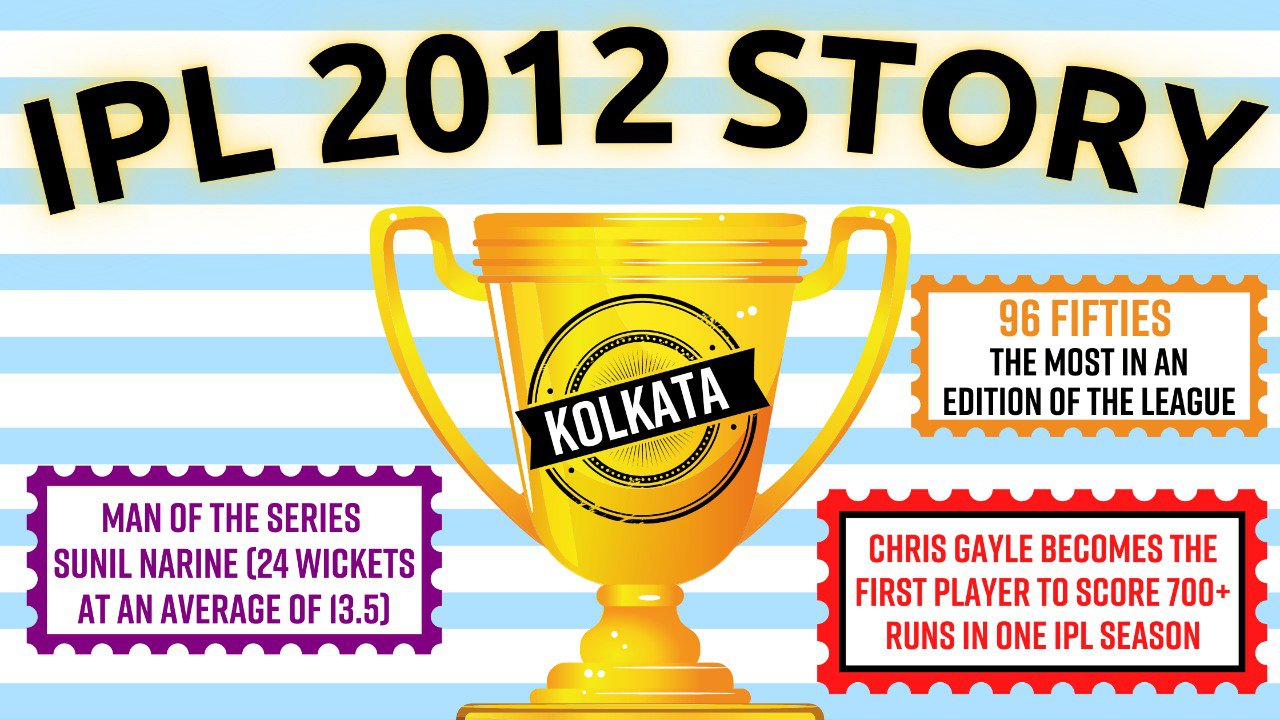 At the time of its inception, no one was sure of what the future held for the Indian Premier League, what it would bring to the table and, how it would alter the game, for better or for worse.

For purists, it was a boorish intervention in a game associated with ‘gentlemanly spirits’. It was a purveyor of doom and a sign of gluttony set out to devour the game. For its proponents, the tournament was a skin-shedding process that would not only revitalise the game, but will also expand its horizons to places beyond the traditional cricketing arena.

Five seasons into the tournament, it would not have been outlandish to suggest that the proponents had prevailed over the purists. The IPL 2012 recorded the highest cumulative viewership, despite starting off on a sluggish note. And not to forget some intangibles that further backed the success of this entity.

M Chinnaswamy Stadium in Chennai played host to the season opener between defending champion Chennai Super Kings and Mumbai Indians. Following a star-studded opening ceremony, the match turned out to be a rather boring, one-sided affair. Mumbai chased down a paltry target of 112 runs to start the season with aplomb.

However, Chennai emerged victorious when it mattered the most, the Eliminator of the tournament. MS Dhoni’s 20-ball 51 propelled his team to 187/5, and in reply, Mumbai could only manage 149/9 in twenty overs to crash out of the tournament.

Mumbai finished fourth, despite doing their best in the auctions to plug holes from the last season. A lacklustre performance from their batting unit did not help. At the top, Sachin Tendulkar reminded of old wine in a new case, but one good for adding to your vintage collection, instead of getting drunk on it. Mumbai also missed the services of Herschelle Gibbs and Mitchell Johnson, who was later replaced by Dwayne Smith.

The Super Kings were as good as they have been in the last two seasons. Ben Hilfenhaus was a great addition to their side. He combined well with R Ashwin to form one of the most potent attacks of the league.

One of the highlights of the season was the way Chennai stepped up in clutch situations. They won as many as three matches off the last ball. If not for these moments, they might not have qualified for the Playoffs. The only time when they failed to wrap up after taking the game deep to the last ball was against Mumbai, where Smith finished the game with six, four and four.

Chris Gayle started from where he left off in the previous season. Once again he won the Orange Cap, amassing 733 runs at a strike rate hovering over 160. However, a more mind-boggling number was his 59 sixes, one every eight balls he faced. His most prolific innings, 128 in 62 balls with 13 sixes and 7 fours, came against Delhi Capitals.

But there was only so much Gayle could do. None of the Indian players contributed consistently, with Virat Kohli himself making 364 runs at a strike rate of just over 110. They also struggled to get their combination right. At one point, skipper Daniel Vettori had to make way for the fourth overseas player for the sake of the balance of the team.

Apart from Gayle, five other batters got hundreds in the edition. Ajinkya Rahane fell agonisingly short of his second century of the season when he got dismissed on 98 against Bangalore.

This was the season where Kolkata Knight Riders’ fortunes took a dramatic turn. A year ago, they had splurged $2.4 million on Gautam Gambhir and made him captain. They acquired Sunil Narine, then a relatively unknown spinner with an experience of a handful of matches. The decision had not made sense for many, but in hindsight, it turned out to be the bargain of the season.

Narine was almost unplayable throughout the season. He was Gambhir’s go-to man for when he needed to suffocate the opponents. Even in the Powerplay overs, Narine went on for just over 4 an over. He finished the season with 24 wickets to his name, exceeded only by Morne Morkel.

Gambhir had a prolific season with the bat, amassing 590 runs at a strike rate of 144. He and Jacques Kallis formed the lynchpin of Kolkata’s batting unit. Kallis scored 409 runs and picked up 15 wickets, and was easily the best all-rounder in the season where Kieron Pollard, Dwayne Bravo and Shane Watson all had prolific outings.

The Knight Riders finished second in the league stage and advanced to the final with a comprehensive victory over Delhi. Against them were Chennai, who had won the last two editions and were high on confidence after a thumping victory Delhi in Qualifier 2.

Chennai looked a more balanced side on paper. They were the team to beat in the final. Moreover, Kolkata faced a major blow after L Balaji failed to recover from a hamstring injury he had endured in the last match. Balaji was Kolkata’s most consistent pacer, and his omission disrupted the team balance in the most important game of the season.

They had had to bring Brett Lee in for Brendon McCullum, and make Manvinder Bisla don the gloves behind the stumps.

Batting first, a spirited performance from the Chennai top order took them to 190/3. Kolkata received an early blow, losing Gambhir in the first over. Bisla then played the innings of his life, adding 136 with Kallis for the second wicket, to win help the title for the Knight Riders.