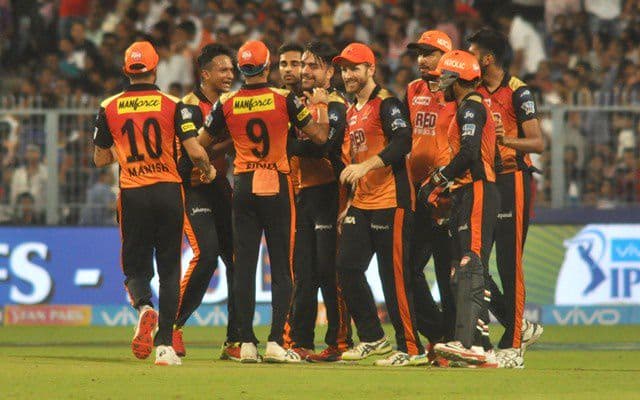 Sunrisers Hyderabad have been one of the most successful teams in the last four editions of the Indian Premier League. They won the title in 2016, qualified for the playoffs in 2017, were the runners-up in 2018 and they once again finished fourth last year. The reason behind such consistency is a strong core group of players that they have managed to maintain throughout these seasons.

They have pretty much the same core in this edition as well and the franchise made some minor additions in the auction, held in December last year, to strengthen a few areas. On paper, they look stronger than ever and the team looks well poised to make it at least to the playoffs of this season once again.

Strengths: The strength of the Sunrisers is obviously their explosive top-order and a balanced bowling unit. Their top four of David Warner, Jonny Bairstow, Kane Williamson and Manish Pandey have enjoyed immense success in the last five years or so.

The pace bowling unit gives a good look too with Bhuvneshwar Kumar leading the attack and other players like Sandeep Sharma, Siddharth Kaul and Khaleel Ahmed to support him. The backup pacers like Billy Stanlake, T Natarajan and Basil Thampi are quite good as well and that sums up how well balanced their pace attack is.

As far as the spin bowling department is concerned, it is not far behind too. Afghan spinner Rashid Khan, who is one of the best T20 spinners in the world at the moment, is the leader of the attack. His countryman Mohammad Nabi, who can wield the willow to equal effect as well, is their to partner him too. And the likes of Shahbaz Nadeem, Fabian Allen and Abhishek Sharma only add depth to the spin bowling department.

Weakness: The only chink in the Sunrisers’ armour is their middle-order. After Pandey, there isn’t enough quality there at No.5, 6 and 7. Vijay Shankar and Wriddhiman Saha have mostly held two of those positions in the last couple of years but they haven’t looked comfortable handling the role at all.

However, the issue can actually be resolved this year if they decide to bench Williamson and push Pandey to No.3. That will allow Mohammad Nabi to play regularly and act as the power-hitter at No.6. Virat Singh, their latest acquisition, is a natural No.4 batsman and showed good form in the Syed Mushtaq Ali Trophy last year.

Vijay Shankar is capable of doing the job from No.5 whereas another new recruit, Abdul Samad, can be Sunrisers’ designated powerhitter at No.7. The only catch with Samad and Virat, though, is that they are a little inexperienced. But they can succeed if the senior batsmen support them.

Fantasy Picks: If you are wondering about the best fantasy assets from the Sunrisers squad, you do not need to look beyond the likes of David Warner, Jonny Bairstow, Manish Pandey, Rashid Khan, Mohammad Nabi and Bhuvneshwar Kumar. All of them guarantee points one way or the other and thus they are absolute must-haves in your fantasy team.