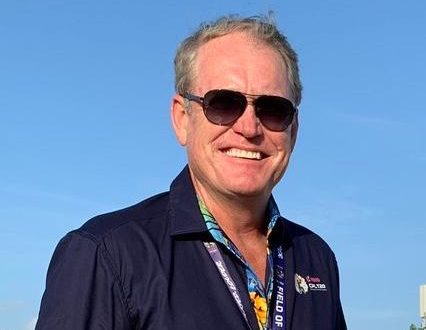 With the world on a lockdown, people are frantically searching for content to consume, and the Hero Caribbean Premier League (CPL) has decided to stream classic games from the last seven years of the tournament with a new set of commentators who will be viewing these games for the first time. And in India, cricketnews.com will be streaming these games live on cricketnews.com with the broadcast on Tuesday, April 7. Click on this link: CPL Live Stream at 5.00 PM IST to watch some great cricket and be entertained for free. 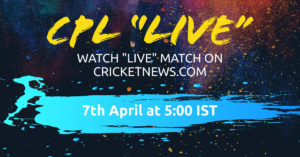 CPL has Tom Moody, Danny Morrison, Ian Bishop, Daren Ganga and Alex Jordan in the broadcasting team, with the commentators given zero information about the game they are about to be on air for. The idea is to make each match as realistic as possible giving the impression that these games are being watched live for the first time!

“There is no doubt the current crisis we are all facing has changed our priorities to a significant extent. As much as cricket has been very much the central part of my life, at times like these your focus does change considerably. I’m in a very fortunate position to have a strong association with CPL and with this I’m able to not only get my fix of cricket, but share that with what we’re doing by showcasing games from the past 7 years,” says Tom Moody in an exclusive interaction with cricketnews.com.

“During this challenging time there is no doubt that there are many things that our cricket fans miss, so it’s great that the CPL have come up with this initiative. We certainly hope that it provides the necessary entertainment and joy for all our fans in the cricketing world. It’s great to have a variety of commentators share their views and insights into games that were highlights of CPL’s history.”

The Caribbean Premier League (CPL) started in 2013 as one of the many franchise-based T20 tournaments around the world. Over the years, the CPL has gone from strength to strength, with several international stars playing the tournament. To put things into perspective, there was a viewership of 312 million during the last season of CPL in 2019.  Barbados Tridents, the defending champions, Trinbago Knight Riders, Guyana Amazon Warriors, St. Kitts & Nevis Patriots, St. Lucia Zouks and Jamaica Tallawahs are the teams involved in the league.

The 2020 tournament was set to commence in August, however it’s now a doubt with the COVID-19 pandemic causing disruption to life across the globe. Even the Indian Premier League, that was set to be held on March 29, was moved to April 15 and is now likely to be either suspended or played later in the year.

“The priority must be the health and well-being of the community at large, there is no doubt cricket and sport for that matter has a unique ability to bring people together during challenging times. In saying that we can’t prioritize this in front of looking after the health and safety of the world at large,” says Tom Moody.

Moody was with the Sunrisers Hyderabad as head coach until recently, and has been involved in the IPL since its inception.

“I’ve been very fortunate to have been involved with the IPL since its inception. There are many, many highlights over that time whether that be team performances or individual that I’ve witnessed. There is no doubt the IPL has had an enormous impact on the game in India, players have fed off a highly competitive international tournament and have grown enormously from this exposure,” he says.

Asked about who might lift the title in 2020 if the tournament does take place, Moody punts on his former team to at least make the finals – “It is always hard to predict who is going to be competing around finals time, but given my recent history I’d be surprised if SunRisers weren’t competing in the finals.”

Remember, if you’re missing live cricket, we’ve got you covered. Just click our link below!