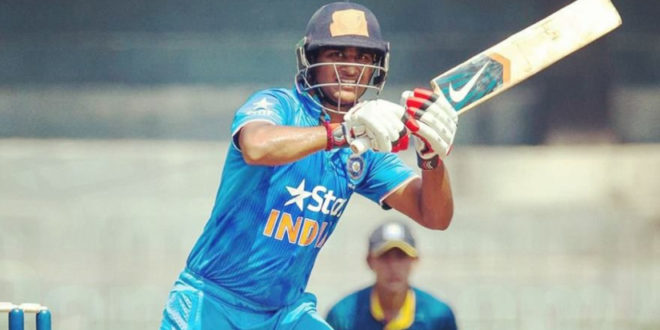 Virat Singh led the India Under-19s in 2016, prior to the Youth World Cup. Photo courtesy: Facebook 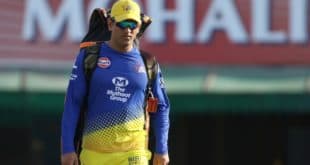 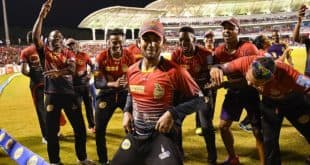 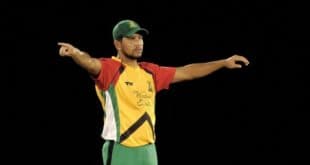 What does it take to be a successful athlete?

Talent, skill and tenacity are the basic requirements but can these factors guarantee you any success?

Actually, it is the luck factor which matters more than we think in any athlete’s career (and life in general). Along with skills, any sportsperson also depends heavily on their good fortunes in order to grow as a professional. In hindsight, there are also players like Virat Singh, who despite being immensely talented often face roadblocks in career just because of misfortunes.

Back in 2016, the youngster was representing the country in Under-19 cricket and was in the reckoning for captaining the side in the Youth World Cup in Bangladesh. However, a month prior to the tournament Virat had to go for an appendix operation, which snatched away his opportunity.

Following his recovery, he came back into professional cricket for his state Jharkhand where the classy left-handed middle-order batsman took a fresh guard and it took three seasons’ of grind in domestic cricket to reestablish his recognition. Eventually, Virat was awarded his maiden Indian Premier League (IPL) contract when Sunrisers Hyderabad picked him up for a handsome amount of ₹1.9 crores in the last auction.

Well, unfortunately it seems his starts are still not shinning on him as his maiden IPL season has now been deferred indefinitely due to the global coronavirus outbreak.

“There is no point thinking about these factors which are beyond my control,” says Virat in an exclusive chat with CricketNews.com when asked how he deals with these continuous hurdles in his career. “The only way you can counter this [negativity], is by staying positive and staying optimistic.”

“Yes, I was pretty keen on playing in this IPL as you know it’s a huge platform for any youngster. So, quite naturally when tournament got postponed, I was immensely disappointed. But sometimes we need to think from a larger perspective. You see, this virus has created a global health emergency and being healthy and safe is our primary objective now. In fact, the Olympics and other major global sporting events have been postponed along with the IPL. So, as an athlete we just have to wait and watch now. I really hope, things will be normalised soon and sporting activities will resume in near future. But for that we all need to follow all the instructions of the government.”

Meanwhile, following the crisis when cricket will be back on track, the 22-year old is keen on making this “massive” opportunity with Sunrisers Hyderabad count as early as possible.

“I am already couple of years late in the IPL. If I would have featured in the Under-19 World Cup [in 2016] by now I might have played a few seasons [of IPL]. But as they say, late is better than never. Sunrisers have given me a massive opportunity and whenever I get the chance, I wanna make it count.

“You know, a lot players take their time in the first season [of IPL]. But unfortunately, at 22 I don’t have the luxury now. So, I have to make immediate impact in the tournament to get into the scheme of things of the national selectors,” explains the youngster from Jamshedpur in a telephonic conversation.

In domestic white-ball cricket Virat plays the role of a middle-order finisher for Jharkhand – a role once designated to MS Dhoni. And in the 2019-20 season the youngster has been in rich vein of form, having made valuable contributions in the Vijay Hazare Trophy (335 runs, average 83.75) and Syed Mushtaq Ali Trophy (343 runs, average 57.16) with a strike rate of 142.32.

Hence, in a top-heavy side like Sunrisers, he is expected to bat in his familiar middle-order position where he will be given the job of finishing games.

“Both in Vijay Hazare and Syed Mushtaq Ali Trophy [last season] I finished matches for my team while batting in the middle. So, I am quite familiar with the role and In Sunrisers I am expecting a similar responsibility,” says Virat before adding “You know we have one the strongest top-orders in the tournament. So, my job will be to build on the platform they will provide and take my team across the finishing line.”

According to Virat, his recent stint in the United Kingdom, where he played for the Seaham Park Cricket Club in the Durham County League, has helped him immensely to learn the traits of a finisher. Under challenging conditions in the northern part of England, he has harnessed the skills such as pacing his innings according to match situations, targeting or seeing off a specific bowler etc. Those skills have served him well in domestic cricket and now he believes those will come in handy when the IPL 13 will eventually take place.

“I have played there [In Durham] in the past few seasons and the stint has been a huge learning curve in my career. Playing on those conditions has matured me as a batsman and now I consider myself much more confident while dealing with pressure situations.”

Now a battle-ready Virat is eagerly waiting to share dressing room with some of the greats in the game to pick their brains up and improve his skills further.

“Along with teammates like Warner [David] and Kane [Williamson] and others who are the greats in the game, we also have very good coaching staffs. We have VVS sir [Laxman], England’s world-cup winning coach Trevor Bayliss, spin legend Muttiah Muralitharan, former Australian wicketkeeper Brad Haddin and other renowned faces. As a youngster, this is a golden opportunity for me to learn new traits about the game from these immensely experienced professionals.”

But for now, amid this lockdown, it is all about the waiting game.

“I am keeping myself mentally and physically ready for the IPL. It will be great if things get eased out soon and we have the tournament in October-November this year. And if conditions permit then I will try and play some club cricket in Chennai or in the UK to get some match practice before the IPL.” 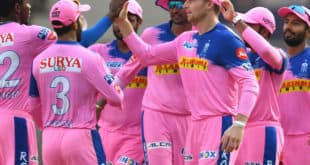