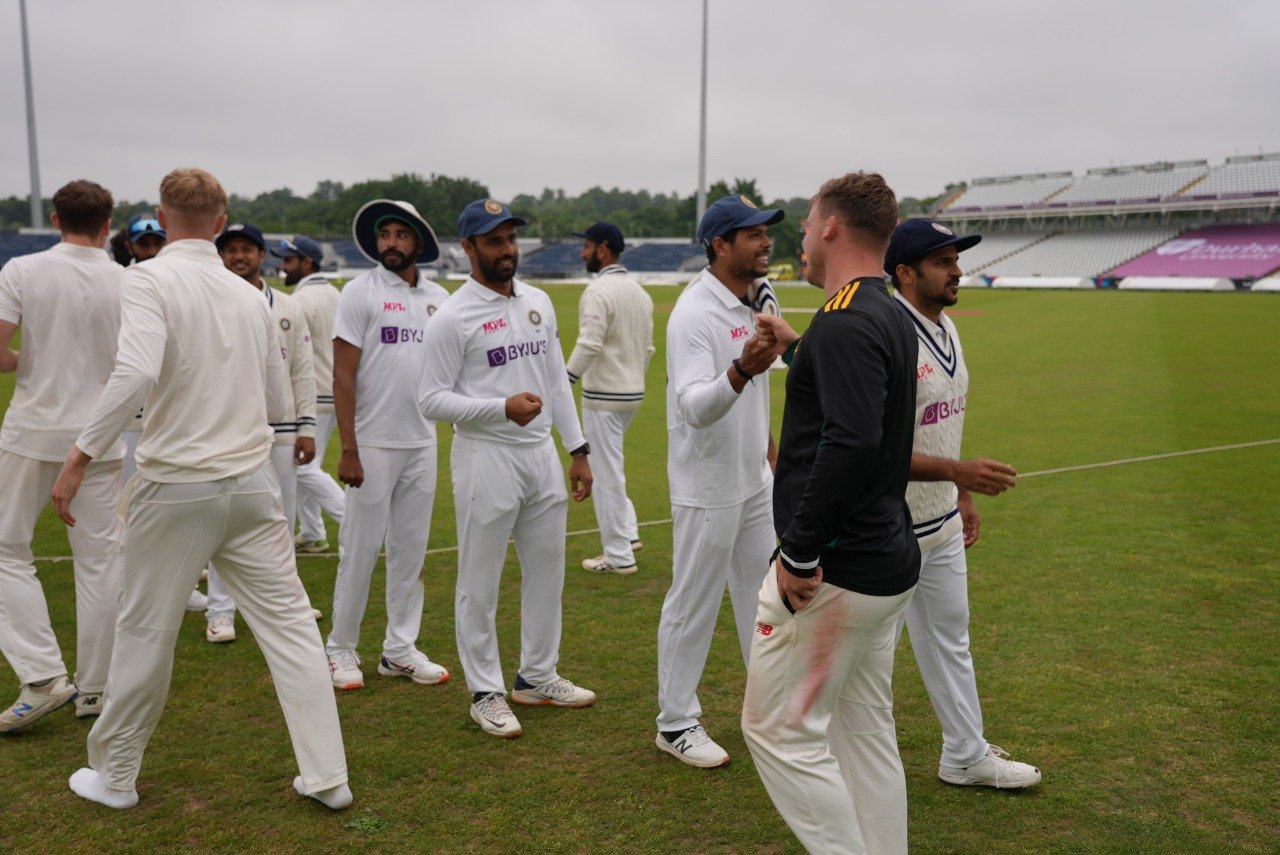 Ravindra Jadeja struck his second half-century of the match at Chester-le-Street, while Hanuma Vihari remained unbeaten on 43 as India declared on 192/3. The Select County XI were on 31/0 when both teams decided to call it an end.

Instead of Rohit Sharma, Cheteshwar Pujara came out to open the innings, alongside Mayank Agarwal. Pujara and Agarwal batted carefully while hitting the occasional boundary.

Pujara was the more positive of the two. He looked to score quicker than usual. These could have been early signs of how Pujara constructs his innings in England. He hit five fours in his 58-ball 38 before getting dismissed by Jack Carson for the second time in the match.

Agarwal was unlucky to miss out on his fifty by three runs. He holed out to Washington Sundar off Carson. Having injured his finger, Sundar will not be part of the series.

Hanuma Vihari looked fluent, and played over 100 balls for his 43, while Jadeja retired out making 51 in 77 balls. India decided to declare their innings on 192/3.

County XI's openers, Haseeb Hameed and Jake Libby, played over 15 overs before both teams settled for a draw.