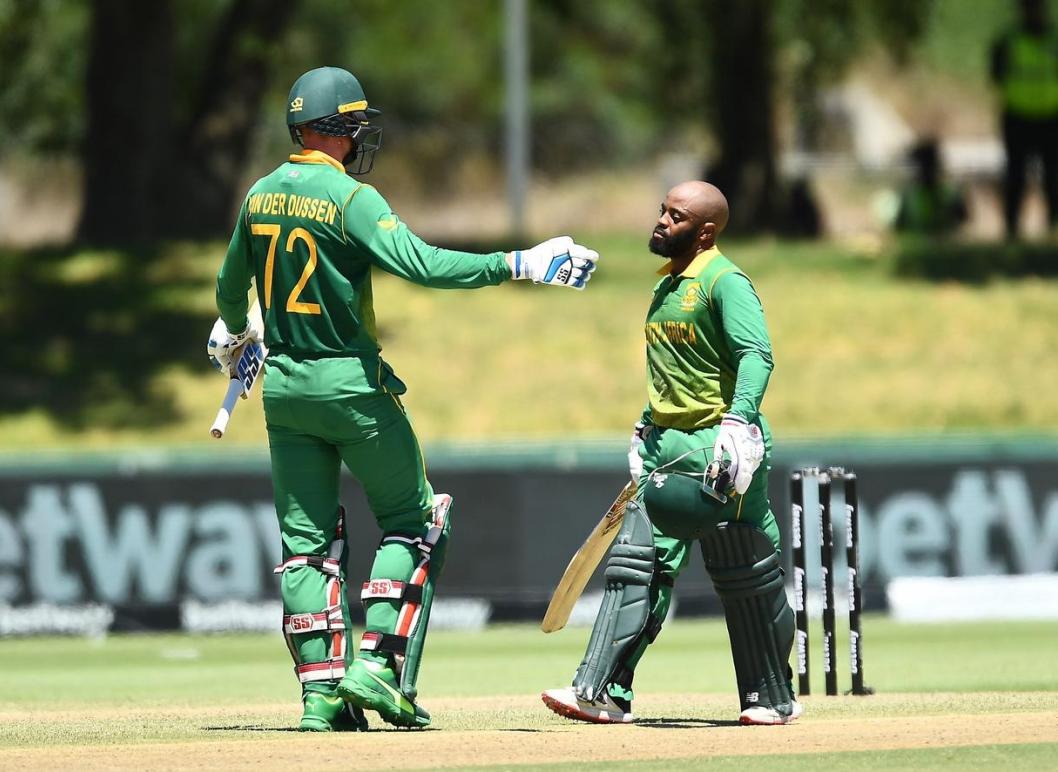 Five days ago, a determined partnership between Temba Bavuma and Rassie van der Dussen helped South Africa beat India in the third Test and claim the series 2-1. The format has changed, but the same pair played a pivotal role in South Africa’s 31-run win in the first ODI, at Boland Park, Paarl.

For India, the ODI marked Venkatesh Iyer’s debut, K.L. Rahul’s captaincy debut, and R. Ashwin’s return after four and half years. India also included Yuzvendra Chahal for a dry pitch. South Africa, too, included two spinners, in Keshav Maharaj and Tabraiz Shamsi, and brought in uncapped Marco Jansen, who had impressed in the Test matches. Bavuma won the toss and decided to bat, expecting the pitch to become even slower in the second innings.

India began strongly, maintaining a run rate under four for most part of the first 20 overs. Jasprit Bumrah struck early, having Janneman Malan caught behind for six. Quinton de Kock looked good for his 27 before being bowled by Ashwin. Venkatesh then ran out Aiden Markram brilliantly to reduce South Africa to 68/3 in the 18th over.

However, India had to wait for more than 30 overs for the next South African wicket as Bavuma and van der Dussen took centrestage. As Bavuma dropped anchor at one end, van der Dussen used his entire range of shots to take on both Indian spinners. The duo added 204 at nearly seven an over, and got to their respective hundreds.

Bavuma’s 143-ball 110 was his second ODI hundred, whereas Player of the Match van der Dussen got a career-best unbeaten 129 in 96 balls. South Africa ended with 296/4.

It was going to be a difficult chase, and barring the 92-run partnership between Shikhar Dhawan and Virat Kohli, India never seemed to be in it. Rahul scored just 12, but Dhawan brought up a fluent fifty off 51 balls. Kohli, in his first match not as captain since 2016/17, also looked in excellent touch. However, the spinners posed problems. Maharaj finally broke the partnership, claiming Dhawan for 79.

Kohli reached his fifty as well, but mistimed a sweep off Shamsi and was caught by Bavuma for 51. Rishabh Pant and Shreyas Iyer tried to recover the innings. However, with the asking rate mounting, they took risks and lost wickets in the process. India lost three wickets in space of seven runs as Lungi Ngidi got both Iyers, while Pant was stumped off Andile Phehlukwayo.

Wickets kept falling at regular intervals, and at 214/8 in the 43rd over, it seemed India might get bowled out. However, Shardul Thakur and Bumrah remained unbeaten, and even added 51 for the ninth wicket. However, they never posed a threat, and South Africa won comfortably. Some consolation came when Thakur played a few shots and reached his fifty off the last ball of the match.