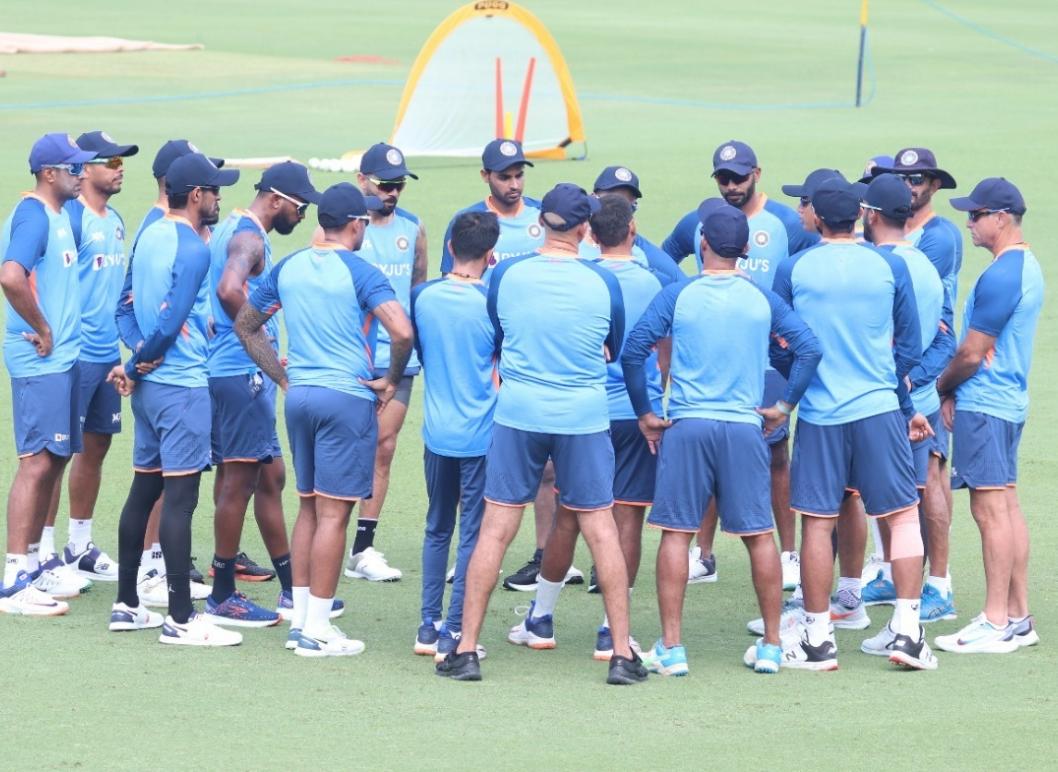 The Indian cricket team will take on a well-balanced Australian side in the opening T20I of the three-match series on Tuesday at the Punjab Cricket Association IS Bindra Stadium, continuing their search for the optimum playing XI before the crucial Men's T20 World Cup.

India's underwhelming performance at the just finished Asia Cup 2022 had some major repercussions, but the selection committee has chosen nearly the same team for the T20 World Cup in Australia.

The persistence of familiar faces demonstrates that captain Rohit Sharma, head coach Rahul Dravid, and selectors are still confident in the team's ability to perform well in upcoming matches.

To determine their best eleven, the club management will still try to work out a few kinks and try a few more things.

The top four batsmen—Rohit Sharma, KL Rahul, Virat Kohli, and Suryakumar Yadav—pick themselves up without much effort, and Hardik Pandya, with his valuable all-around skills, is also a lock to start.

Who will play as the wicketkeeper, Rishabh Pant or Dinesh Karthik, is the greatest unknown.

Karthik began the Asia Cup as India's preferred wicketkeeper, but Ravindra Jadeja's injury compelled the team management to substitute left-hander Pant, who didn't appear impressive and hasn't yet been able to demonstrate his potential in T20I cricket like the Test and ODI formats.

To combat the left-arm spinner, it was decided to bat a left-handed batter in the middle overs. Ashton Agar, a bowler with a similar style, is also available for Australia. Therefore, Pant can be given the advantage over Karthik, who is renowned for his ability to finish plays.

In addition, Hooda's success has primarily come as a top-order batter, but in the multi-team competition in Dubai, he was assigned to end the innings.

It would therefore be interesting to see whether Dravid and Rohit demonstrate trust in Axar's all-around talent or whether Hooda receives the nod once more.

On the other hand, Jasprit Bumrah and Harshal Patel's return would strengthen India's bowling assault. Due to injuries, Bumrah and Harshal both missed the Asia Cup 2022, and they are both eager to establish themselves and find their rhythm throughout the three-match series.

Bhuvneshwar Kumar completed his Asia Cup campaign on a high note with a brilliant effort against Afghanistan after being costly in back-to-back games against Pakistan and Sri Lanka, and he would seek to continue that.

Umesh Yadav, who has taken Md Shami's place in the lineup, can also be given a shot by Team India. In addition to Axar, other spin options include Yuzvendra Chahal and Ravichandran Ashwin.

Overall, India's starting lineup in the opening game will provide some insight into their mindset and World Cup strategy.

For the duration of the three-match T20I series in India, Mitchell Marsh, Marcus Stoinis, and Aaron Finch's team will be without their services.

Due to "minor" ailments, Starc (knee), Marsh (ankle), and Stoinis (side), along with David Warner (who had already been sidelined from the trip), will all stay home.

The defending T20 World Cup champions, Australia, have a well-balanced roster despite missing some of their top players. A balanced and successful team appears to be made up of five specialised batsmen, five all-arounders, and five specialist bowlers.

However, Australia's captain Aaron Finch's run drought is a major issue for them, and India will attempt to capitalise on that.

The incredibly gifted Tim David will also be under observation. David, who was raised in Western Australia, participated in 14 international Twenty20 matches for Singapore.

The hard-hitter was purchased by Royal Challengers Bangalore after making a reputation for himself in franchise leagues all over the world, and was later purchased by Mumbai Indians for Rs. 8.25 crore in the auction last March.

India won't have the home advantage because many members of this Australian team are familiar with the circumstances in India thanks to their IPL experience.

Players with sufficient experience in India, such captain Aaron Finch, Steve Smith, Glenn Maxwell, Pat Cummins, Josh Hazlewood, and Kane Richardson, among others, are aware of what it takes to achieve at the highest level.

Australia has a strong T20I record in India, unlike other visiting sides, and the hosts will try to maintain their dominance at home. Overall, the scene is set for a tantalising confrontation in Mohali.