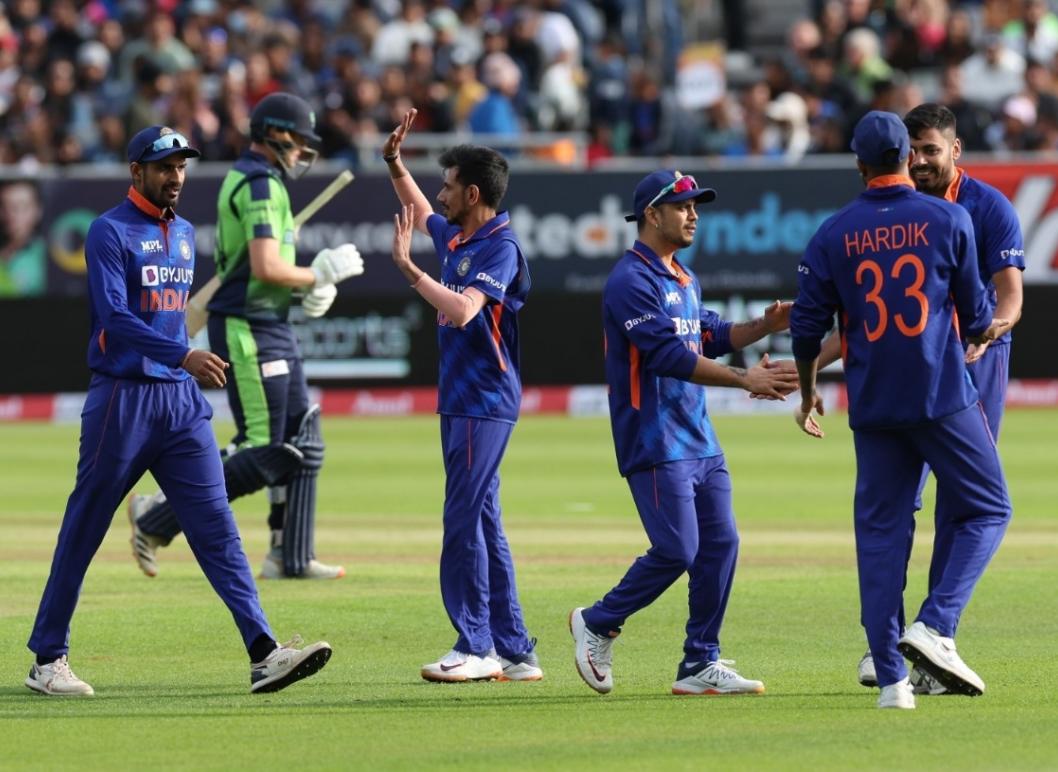 In the first T20 International encounter here, which was cut short by rain, India defeated Ireland by seven wickets after scoring 111 runs in 9.2 overs thanks in large part to an unbeaten 47 from the opening batsman, Deepak Hooda.

The game was trimmed to 12-overs-per-side when the umpires eventually deemed the conditions suitable for play on Sunday in Malahide after Hardik Pandya had won the toss.

After allowing Ireland to bat first, India put up a masterful bowling performance to limit them to 108/4 in 12 overs. Ishan Kishan (26) and skipper Pandya (24) also made significant contributions as India reached 111/3 in 9.2 overs, winning the match with 16 deliveries remaining. Hooda, who typically bats in the middle of the order in the IPL, scored a 29-ball 47 with six boundaries and two sixes.

Young tearaway Umran Malik received his debut from the visitors, but things did not go well as he conceded 14 runs in the single over he bowled. However, the remainder of the bowlers performed admirably, with Bhuvneshwar Kumar (1/16) and Yuzvendra Chahal (1/11) easily the best with three overs each.

Harry Tector's superb performance helped Ireland's innings forward. He achieved his half-century in the final over and then smashed two more boundaries to finish on 64 not out from just 33 balls. During his 50-minute effort, Tector hit six fours and three sixes.

India lost Ishan Kishan (26) and Suryakumar Yadav (0) in short succession while attempting to chase down 109 as the seasoned Craig Young did the damage to drop the guests to 30/2.

India, though, has too much depth and quality to be frightened by the early defeat—despite missing a number of its key players who are now in England with the Test squad. Hooda continued to play at one end, and skipper Pandya used a 12-ball 24 to avoid letting the needed rate decrease.

Josh Little trapped him lbw, but India had already reached 94/3 in 7.6 overs, a comfortable total. In order to seal the victory, Hooda smashed back-to-back fours, finishing with an undefeated 47 off 29 deliveries.

The teams will rematch at the same venue in Dublin on Tuesday for the second Twenty20 international, where they will be hoping the rain holds off so they can complete the required number of overs.