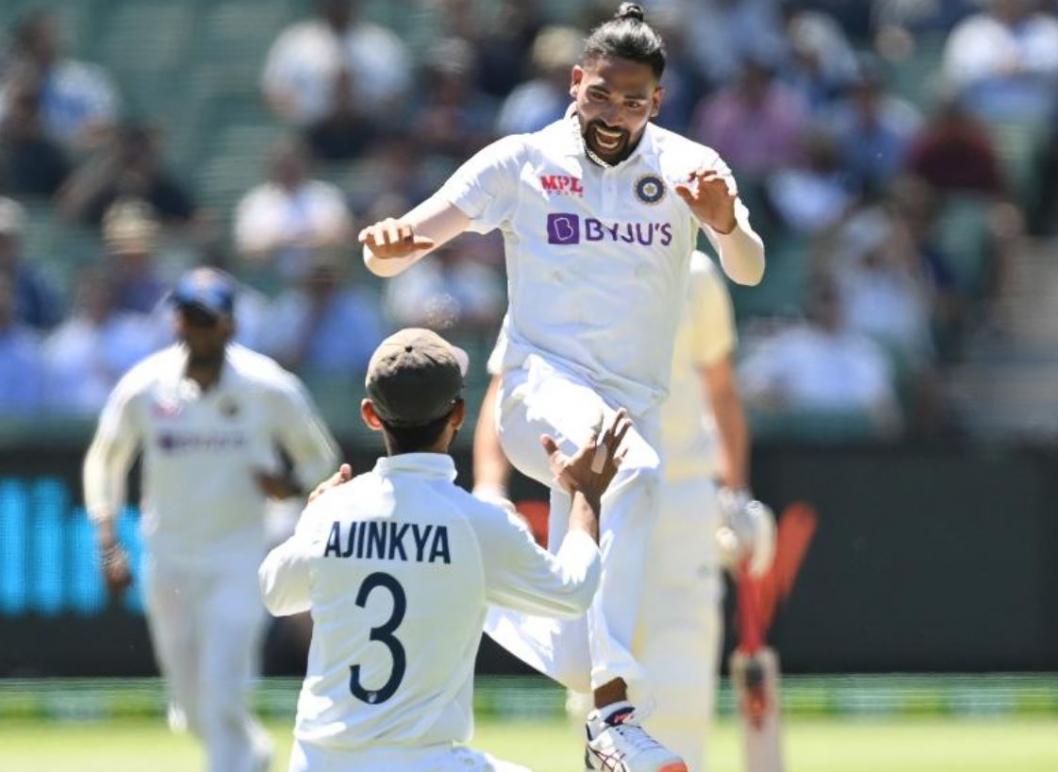 India, already without Virat Kohli, Ishant Sharma, and Mohammed Shami, faced further injuries over the course of the Test match. They needed 407, but four of their batters were Rishabh Pant (injured thumb), Hanuma Vihari (pulled hamstring, could not play back), R. Ashwin (bad back, could not play forward), and Ravindra Jadeja (dislocated thumb, would bat one-handed if needed).

Pant (97 in 118 balls top-scored), while Rohit Sharma got 52 and Cheteshwar Pujara 77. Ashwin and Vihari then batted for over 42 overs and two hours against Mitchell Starc, Josh Hazlewood, Pat Cummins, and Nathan Lyon to pull off a famous draw.

Eight days later, India were set 328. Shubman Gill (91) provided a solid start, and Pujara (56) help build on it. The decisive innings, however, came from Pant (89*), who began aggressively, then ensured he stayed until the end. At 265/5 Australia probably sniffed a chance, but Pant ensured India brought Australia's 32-year unbeaten record.at the Gabba to an end, and won their second consecutive series in the country.

It was an incredible win, more so because India ended the series without key cricketers – Kohli, Vihari, Ashwin, Jadeja, Ishant, Shami, and Jasprit Bumrah.

Not many teams back themselves at 59/3 after being set 395 against Taijul Islam and Mehidy Hasan Miraz on a turning Chattogram pitch. To add to West Indies' woes, both batters – Nkrumah Bonner and Kyle Mayers – were playing their first Test matches. And yet, the pair added 216 before Bonner fell for 86.

At 292/5, Bangladesh had a chance, but Mayers added another 100 with Joshua Da Silva. He remained unbeaten on 210 – the highest score by far by a debutant in the fourth innings of a Test match (the previous record was 112). West Indies pulled off the fifth-highest chase in history with three wickets in hand.

Afghanistan needed to win the Test match to level the series. They declared on 545/4 on the second evening and bowled out Zimbabwe for 287 on the third, enforced the follow on, and reduced Zimbabwe to 142/7 on Day 4. Then began a battle between Sean Williams (151*) and Donald Tiripano (95) on one hand, and Rashid Khan on the other.

The first non-Ashes Women's Test match was headed for a draw on Day 2 before India collapsed in spectacular fashion against Sophie Ecclestone. From 167/0, they were reduced to 197/8 before being bowled out for 231. Heather Knight enforced the follow on with a 165-run lead.

Arguably the best Test match of the year. Set only 168, West Indies became 114/7 against Shaheen Shah Afridi (4-50) and Hasan Ali (3-37). As Da Silva held the fort, a measured counterattack came in the unusual form of Kemar Roach (30* in 52 balls). Roach played his shots, but lost Da Silva and Jomel Warrican at the other end.

West Indies still needed 17 when young Jayden Seales joined Roach. Helped by an edge that ran between the wicketkeeper and slip, Roach and Seales finished the match mostly in ones and twos.

The target of 284 was out of reach once Kane Williamson became sixth out on 128. Led by debutant Rachin Ravindra, New Zealand shut up shop and focused on saving the match. Ravindra stayed put for 91 balls against Ashwin, Jadeja, and Axar Patel, and saw New Zealand lose three wickets at the other end.

No. 11 Ajaz Patel was no Bradman, but he kept out 23 balls to help Ravindra save the match. The last four pairs – one of them unbeaten – faced 29.5 overs.