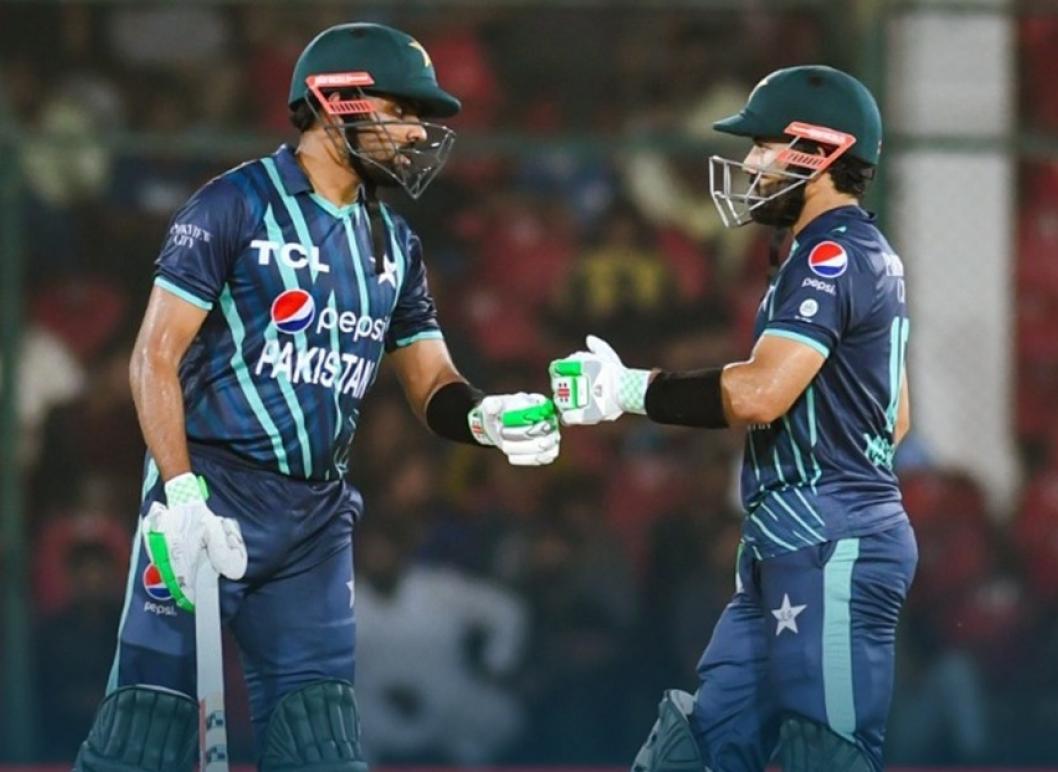 The second T20I between Pakistan and England ended with a crushing 10-wicket victory for Pakistan and a 1-1 tie in the series thanks to the outstanding centuries of Babar Azam (110 not out) and Mohammad Rizwan (88 not out).

After choosing to bat first after winning the toss, England's Alex Hales and Phil Salt quickly put on a 42-run partnership in the opening five overs. With a six against Mohammad Nawaz, Salt got England going, and Hales quickly followed with a four and a six in the next over.

With the wickets of Hales and Dawid Malan, Shahnawaz Dahani turned the game around for Pakistan in the last Powerplay over.

Ben Duckett's use of the bat to launch a counterattack prevented England from going into a shell, though. In the following eight overs, the visitors hit seven boundaries, and Duckett was responsible for all of them as he made his 22-ball 43.

The hosts responded by taking two wickets in two overs, sending both batsmen who were in position to bat back to the pavilion just as England was once again becoming dangerous. The visitors attacked Pakistan once more, fighting fire with fire.

In just 27 balls, Harry Brook and Moeen Ali combined 59 runs in a partnership that featured three fours and five sixes. In the 18th over, the captain made Pakistan pay for the dropped catch and concluded with a flurry. Ali reached his fifty-run milestone and guided England to a challenging total of 199-5 in 20 overs with two sixes off the final two balls.

Mohammad Rizwan, who had to chase at 10 runs per over, made his intentions known by hitting two boundaries in the first over. With two of his own in the third over against Sam Curran, Babar Azam joined in the fun as well.

The two helped Pakistan reach 59/0 after six overs as the slaughter continued in the remaining Powerplay overs. Rizwan and Babar both reached their fifty-run marks in 30 and 39 balls, respectively, when the fielding limitations were lifted.

The two openers hammered three sixes to add 21 runs from the over, making Moeen's choice to come on backfire. Similar contempt was shown to Adil Rashid, who was hit for two sixes in the fifteenth over.

As soon as the Pakistani captain reached his half-century, he became even more dangerous. He only needed 23 more balls to attain his three-figure goal after taking 39 balls to get his fifty. He became the first Pakistani hitter to score two T20I hundreds with his 62-ball century.

In order to tie the series at one game each, the two outstanding batters successfully surpassed the goal with three balls remaining.