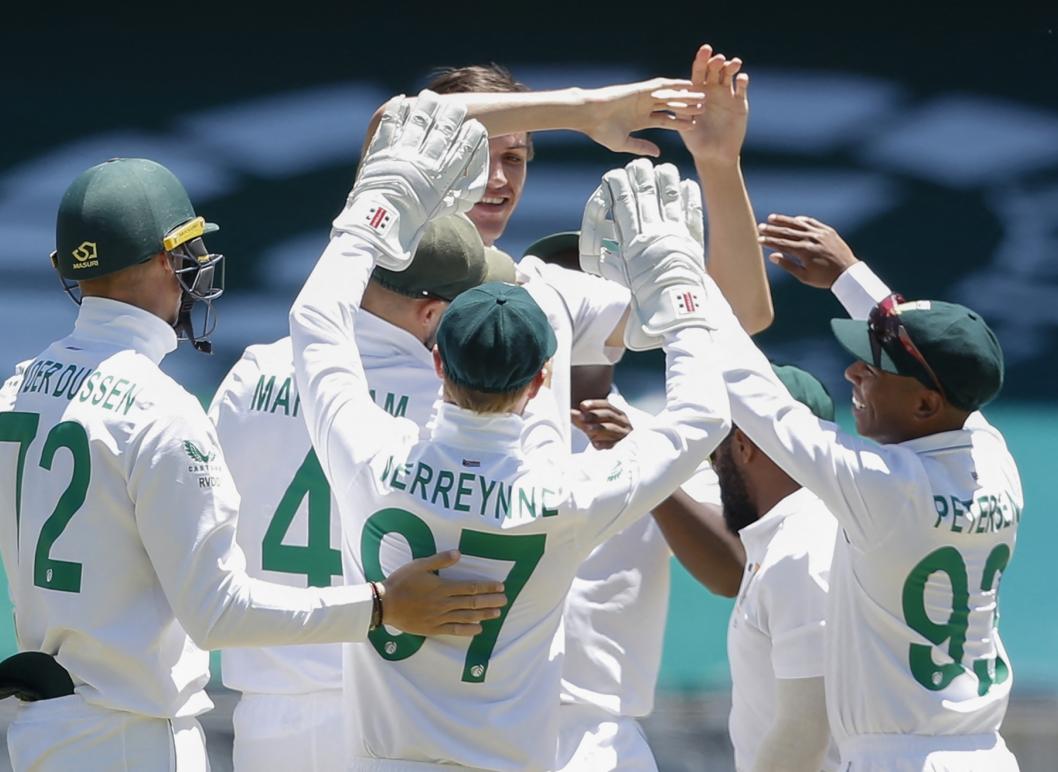 A strong fightback from South Africa batters, led by captain Dean Elgar, kept them in the hunt in the second Test match against India, at the Wanderers. At stumps on Day 3, South Africa need another 122 runs with eight wickets in hand. If they win this, they can level the series 1-1 before traveling to Cape Town for the last Test match. Elgar has already batted for two and half hours for his 46: his wicket will be crucial for India tomorrow.

Cheteshwar Pujara and Ajinkya Rahane looked very comfortable in the first hour of the day. The South African bowlers were unable to hit the right length, allowing them to add 66 runs at rapid pace in the first hour. Both men got to their fifties. Then Kagiso Rabada stepped up.

In the first over after drinks, Rabada had Rahane caught behind for 58. In his next two overs, Rabada had Pujara and Rishabh Pant. While Pujara was leg-before for 53, Pant tried to slog the third ball he faced and edged to Kyle Verreynne for a duck.

India were 167/5 at that stage. Before lunch, they lost R. Ashwin (16) as well, but Hanuma Vihari and Shardul Thakur added 41 for the seventh wicket. Thakur’s played some outrageous shots, the most incredible being a ferocious square cut for four. In all, he smashed five fours and a six in a 24-ball 28.

Marco Jansen then got Thakur, followed by Mohammed Shami for a duck. He then peppered Jasprit Bumrah with bouncers, and the pair got involved in some heated exchange. Bumrah responded by hooking Kagiso Rabada for six before Lungi Ngidi snared him. Ngidi also got No. 11 Mohammed Siraj, leaving Vihari stranded on a valiant 40.

India finished on 266. South Africa needed 240 to win beat India for the first time at Johannesburg.

Elgar and Aiden Markram began aggressively, racing to 34/0 in the half an hour before lunch. Neither Bumrah nor Shami found their lines early on, and Markram kept picking them off his pads. Then Thakur hit Markram on the pad twice in a row, only for the appeals to be turned down. Two balls later he hit the pads again. This time Markram fell, for 31.

Keegan Petersen joined Elgar, and both batters faced a torrid spell from Thakur. But while South Africa slowed down, neither opener looked in trouble. Their 46-run stand was finally broken by Ashwin who got Petersen leg before for 28. Rassie van der Dussen arrived, and he and Elgar closed the day on 118/2.