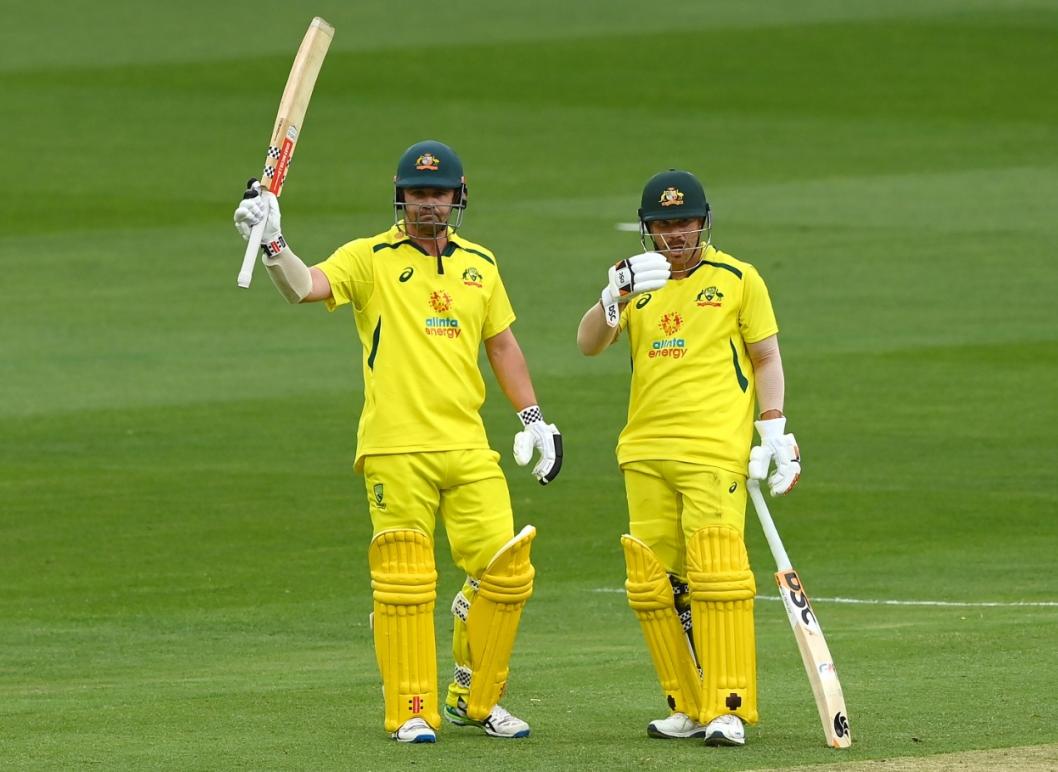 In the third and final ODI of the series at the Melbourne Cricket Ground here on Tuesday, Australia handed England their heaviest loss by 221 runs via D/L method. Openers Travis Head and David Warner each scored a century and shared a record 269-run stand, and spinner Adam Zampa claimed 4-31.

The hosts bowled out England for 142 in 31.4 overs to hand their archrivals their biggest defeat ever in the 50-Over format. England was chasing a revised target of 364 from 48 overs, but they never got going and lost wickets at regular intervals.

Tuesday at the MCG saw a number of records fall as Head and Warner destroyed England with an outstanding opening partnership. The two came perilously close to breaking their own record for the highest opening partnership by Australia in Men's ODIs during their 269-run stand for the first wicket, nearly surpassing the 284 they struck against Pakistan at the Adelaide Oval in 2017.

It easily exceeded the 182 that West Indies greats Gordon Greenidge and Desmond Haynes struck against the Australians back in 1981 as the largest opening partnership at the storied Melbourne venue, ranking as the ninth-biggest stand in the annals of Men's ODI cricket.

Along with Sachin Tendulkar and Sourav Ganguly of India, they are now just one of two pairs to have combined for more than two partnerships of greater than 250 in ODI cricket, surpassing the 252 that Australian legends Ricky Ponting and Adam Gilchrist managed for the highest partnership for any wicket at the MCG.

In their seven innings at the top of Australia's one-day lineup, Warner and Head have scored 795 runs at an astounding average of 113.57. Travis Head is now firmly in the running to succeed Aaron Finch as the former captain's long-term replacement after the former's ODI retirement in September.

Warner was eventually dismissed for 106 in the 39th over, and Head followed suit three deliveries later for an ODI career-high 152.

In the ninth over, when unsuccessfully attempting to block one of Warner's boundaries, batter Phil Salt received a concussion. Initially rested from the match along with leg-spinner Adil Rashid, Salt was subsequently replaced by batsman Moeen Ali during the rain break.

Mitch Marsh (30 off 16), Steve Smith (21 off 16), and Alex Carey (12 not out off 6) increased England's target to a record chase of 364 from 48 overs after the Duckworth-Lewis-Stern (DLS) adjustment, which resulted in a 20-minute rain delay that cut down Australia's innings to 48 overs.

England, who won their second T20 World Cup title just nine days ago, just had little interest in the game because the visitors had tickets for an early Wednesday flight home.

Their pursuit never really picked off, and when Australia's new ball duo of Pat Cummins (2-25) and Josh Hazlewood (1-21) destroyed the visitors' top order to leave them at 66/3, it only made matters worse for them.

After being cut from England's World Cup roster, Jason Roy was given a chance to redeem himself after Jonny Bairstow got hurt. Roy top-scored with a 48-ball 33. The only three England batters to reach double digits were James Vince (22), Moeen Ali (18), and him as the visitors struggled to maintain their position at the wicket.

As England lost four wickets for six runs in 17 deliveries to collapse to 142 all out in the 32nd over, a double-wicket over to star leg-spinner Zampa (4-31) ended the match. His series total of 11 wickets is the most by an Australian in a home bilateral series.

Only once in a multi-game bilateral series has Australia defeated England in an ODI by a score of 3-0. With Australia beginning their Test summer against the Windies in Perth on Wednesday, and England travelling to Pakistan for a three-match series in December, the focus of the two countries has now turned to red-ball cricket.