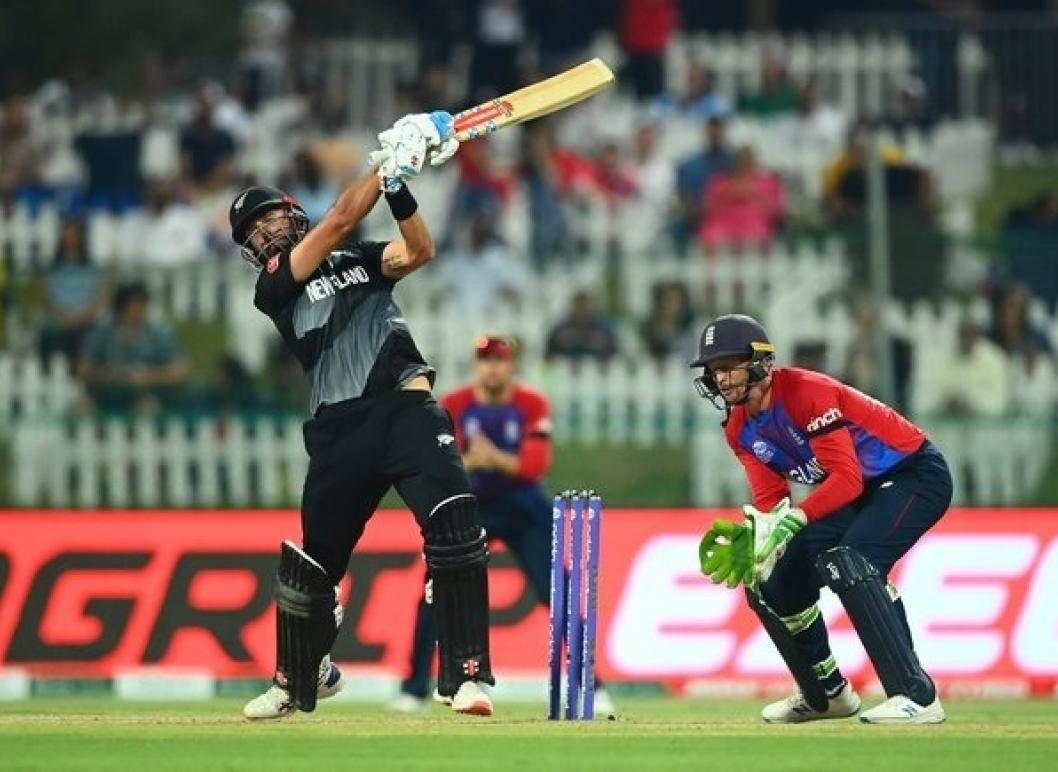 Just like Travis Head's counterattacking hundred at Brisbane swung the Ashes' momentum towards Australia, Shubman Gill's 91 had set the tone for India's chase at the same venue 11 months earlier. Rohit Sharma's centuries against England at Chepauk and the Oval were two of my favourite innings of the year.

R. Ashwin's hundred on a Chennai minefield and Rishabh Pant's steely resilience at Ahmedabad were innings for the ages. And it was a year that Joe Root made his own by converting the bat to a wand.

And then, there were those knocks from Kane Williamson and Mitchell Marsh in the 2021 World Cup final.

Unfortunately, none of the above features in the following list. Batting moments across formats came at galore in 2021; here's an attempt to filter out only six.

Pant walked in to bat a few overs before the tea on Day 5 of the fairytale Test match. India were 167/3, requiring another 161 to win the Test match. With a hoard of inexperienced batters – some of whom debuted in the same same series, even the same match – were to follow. Australia, with that bowling attack, sniffed a series win.

The question was how long the Cheteshwar Pujara vigil would last, considering the lingering doubts over Pant's temperament issues.

Pant cut down the usual risks, but pounced on every scoring opportunity. When the equation came down to 100 runs from 20 overs, he ensured India would go for this one. He added 61 with Pujara for the fourth wicket and 53 with debutant Washington Sundar for the seventh at almost run a ball to ensure Indian cricket one of its greatest moments.

Nearing the end of the day's play, Pant punched an iconic off drive to bring up one of Indian cricket's finest moments. Australia had lost their first Test at Gabba in 33 years.

Beating Bangladesh in a Test series in Bangladesh is something that even Australia and England have struggled with recently. West Indies were fielding three debutants, and their best player Jason Holder was missing in the ranks.

Bangladesh set them a target of 395 in the first Test match, against Taijul Islam and Mehidy Hasan Miraz. At 59/3, the question was: would the volatile West Indies last till Day 5?

But debutants Mayers and Nkrumah Bonner added 216, batting over two sessions on the fifth day. While Bonner held one end, Mayers attacked at will. When Bonner fell on 275, Mayers was joined by Joshua Da Silva, in his second month as a Test cricketer.

Da Silva took on the role of Bonner as Mayers slammed a double hundred – the highest fourth-innings score by a debutant, almost twice the previous record of 112 – to pull off the improbable on a fifth-day Bangladeshi track.

Such high was their confidence after this win that they pulled off another thriller in Mirpur the following week to complete a 2-0 whitewash.

After losing the first ODI, South Africa piled 341 in the second match. The Pakistani batter found it difficult against the pace and guile of Kagiso Rabada and Anrich Nortje, but one man stood the test and almost carried his bat.

With 31 required off the final over, Zaman, batting on 192, called for two off the first ball. Quinton de Kock's controversial methods bordering fake fielding confused him and produced a run out.

Zaman scored almost 60% of Pakistan's total as they lost by 17 runs. The next highest score in the Pakistan innings was Babar Azam's 31, further demonstrating Zaman's knock's impact.

Zaman would score a hundred in the final ODI to help Pakistan seal the series 2-1.

England looked like the most formidable unit in the T20 World Cup. They were winning at will while chasing, and the question was: what would happen if they batted first?

Wanindu Hasaranga caught them on the web. After the Powerplay, England were 36/3. Buttler knew that captain Eoin Morgan was woefully short of runs. He shrugged off England's usual slam-bang methods and focused on rotating the strike. The first fifty took him 45 balls. In fact, England's 100 came in the 15th over after going under six an over until the 14th over.

Then Buttler stepped up. England got 51 off the last four overs, and Buttler smacked a six off the final ball of the innings to bring up his maiden T20I hundred – a knock very uncharacteristic of his usual style.

Chasing 167 in the T20 World Cup semi-final, New Zealand lost Martin Guptill and Williamson inside the Powerplay. When Glenn Phillips fell in the 16th over, they still needed 60 at over 12 an over. Amid the ruins, Mitchell had managed a 40-ball 46, struggling to break free.

With Liam Livingstone bamboozling the batters, another heartbreak against the English in a World Cup seemed to be in store for New Zealand.

With 57 required from four overs, Jimmy Neesham belted 37 runs off the next two overs and got out. In the meantime, Mitchell quietly crossed his fifty. New Zealand still needed 20 off the last two overs, with death-over specialist Chris Woakes to bowl the penultimate over. The order of the over went – 2, 6, 6, 1, 1, 4, as New Zealand, pulled off a win with one over to spare.

Mitchell ended with an unbeaten 72 off 47 balls. New Zealand's journey ended in the final against Australia.

The second semi-final of the T20 World Cup followed almost a similar script as the first. Pakistan, who had not lost a T20I in Dubai for nearly six years, was unbeaten in the tournament until then. The total of 176 looked formidable in a high-pressure match. Had Babar Azam (39 off 34) accelerated more, it could have been 190.

For the most part of Australian innings, it was a lone show from David Warner, who kept them in the hunt. He walked back caught behind when they needed 88 in 10 overs. He had not nicked it, and weirdly, he did not review.

When Wade walked in, Australia needed 81 runs off 46 balls, with half their side down. Wade and Marcus Stoinis brought them back in the match, and the equation stood 22 off the last two overs. Shaheen Shah Afridi was tasked with the penultimate over. Their superstar of the year, he had bowled three overs for only 14 runs and claimed Aaron Finch until then.

Only two came off the first two balls. Then Wade was dropped by Hasan Ali at the deep mid wicket as the Australians sprinted two. They needed 18 off 9.

The next three balls would define Wade's legacy in the annals of cricket. Anticipating the yorker, he perfectly scooped the ball over fine leg for six.

Afridi responded with a slow, full cutter. Wade launched it over mid wicket for another six.

Afridi attempted the yorker again. Wade scooped again, this time over the wicketkeeper, to complete a hat-trick of sixes. Australia sailed to the final.

Not long back, Wade had led Australia to a T20I series defeat in Bangladesh, their fifth consecutive series defeat in the format. A few months later, they won the T20 World Cup for the first time.