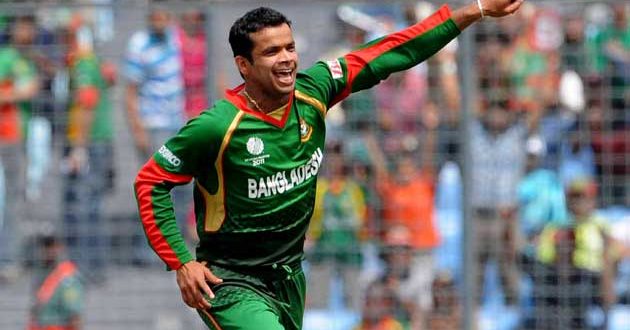 Former Bangladeshi international cricketer Abdur Razzak, who is still actively playing in the domestic circuit, has been approached by the Bangladesh Cricket Board (BCB) for a vacant national selectors’ position.

The Board has been on the lookout for the third member of their selection panel after the exit of Faruque Ahmed and hence, they see Razzaq as the right man for the job. The 37-year-old is a pretty reputed name in the country’s cricketing circle.

BCB’s Chairman of Cricket Operations Akram Khan told a local newspaper that they approached Razzaq but he had sought time as he was playing in Bangabandhu Dhaka Premier Division Cricket League recently. However, the league has been postponed now due to the Coronavirus outbreak in the country.

“I have told Habibul Bashar to give Razzak our proposal. Razzak is taking time as he is playing in the league.He may want to play longer as well,” Khan said.

Razzaq also told the local media that he has indeed got a call from the BCB seeking his availability and interest for the selectors’ role and he has sought time to make a call.

“Yes, they have contacted me. I wanted some time to decide about this. I have told them that I will let them know after the premier league matches. League matches are postponed now. I can think about this now,” Abdur Razzak told the local media.

“I have to leave cricket for the news jobs. It is not an easy decision. One has to take time to decide about any decision so that he has no regrets,” he added.

Razzaq has played a total of 200 international matches for Bangladesh across formats picking up a total of 279 wickets. He has been a behemoth of a figure in first-class and List A cricket as well. Razzaq has 634 and 412 wickets to h