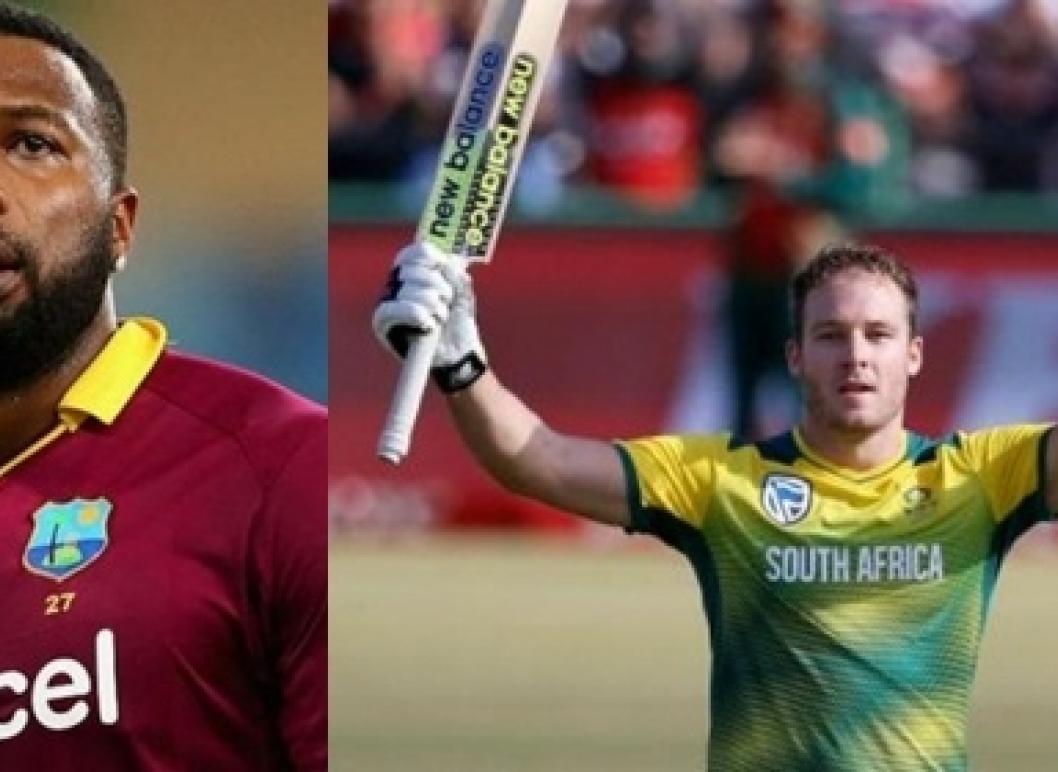 Dwayne Bravo, Kieron Pollard, Chris Lynn, and David Miller are all on this year's Abu Dhabi T10 icon players' list that will be chosen by the various teams, ensuring that cricket's quickest format returns with a bang this winter.

The Delhi Bulls have kept Bravo, while Team Abu Dhabi, who represents the host city, has Team Lynn as their star player. Shakib Al Hasan has chosen to play for the Bangla Tigers, Dasun Shanaka is the team's star for the Chennai Braves, and Wanindu Hasaranga has remained with the twice-victorious Northern Warriors. As for the defending champion Deccan Gladiators, they have retained star skipper Andre Russell as their Icon Player.

The 2019 ODI World Cup champion captain of England, Eoin Morgan, will play with Pollard at New York Strikers, a team that made plain they meant business with their top two picks. Pollard is one of the most successful and lethal players in the history of white ball cricket.

Miller, who recently won the IPL with the Gujarat Titans, has joined fellow countryman and tearaway quick Anrich Nortje as their Platinum player. Moeen Ali and Shimron Hetmyer have also joined the team.

"I am thrilled to welcome the Morrisville Samp Army and New York Strikers from the USA to our Abu Dhabi T10 family," stated Shaji Ul Mulk, Chairman of T10 Sports Management. Our goal for the league was to increase the 342 million global broadcast viewers of the Abu Dhabi T10 and make it one of the premier events on the international cricket calendar. As cricket's fastest format continues to develop quickly across continents, the addition of the two new teams from the Americas allows us to expand on the success of the competition.

"We hope to welcome the fans back to the stadium for the sixth edition of the competition and are happy to assemble this outstanding cast of players as the Icon and Platinum players for this season."

"Samp Army is beginning a brand-new, thrilling phase. Elite athletes from all around the world compete in the unique and fiercely competitive Abu Dhabi T10. It provides us with the ideal chance to measure ourselves against some of the top players in the world. We are anticipating the season and hope to please our American supporters there "said Morrisville Samp Army owner Ritesh Patel.

The majestic Zayed Cricket Stadium hosts the opening of Season 6 of the Abu Dhabi T10 on November 23, and the season's finale is played there on December 4 in honour of UAE National Day. The New York Strikers and the Morrisville SAMP Army have joined the eight-team extravaganza, making it an eight-team extravaganza in addition to the six teams who have already participated in the voyage. They will compete in a 10-overs a side game.

There was a lot more star power introduced to the eight organisations through the initial Icon and Platinum Player picks and retention selections. At the tournament's official player draught for 2022 on September 26 in Abu Dhabi, each of the eight teams will choose one international emerging talent and three UAE players.

In 2021, the fastest-growing version of cricket attracted 342 million television and over-the-top (OTT) internet viewers, leading to an 81% increase in sponsorship prices. The viewership statistics grew dramatically from the previous edition by a stunning 135%.