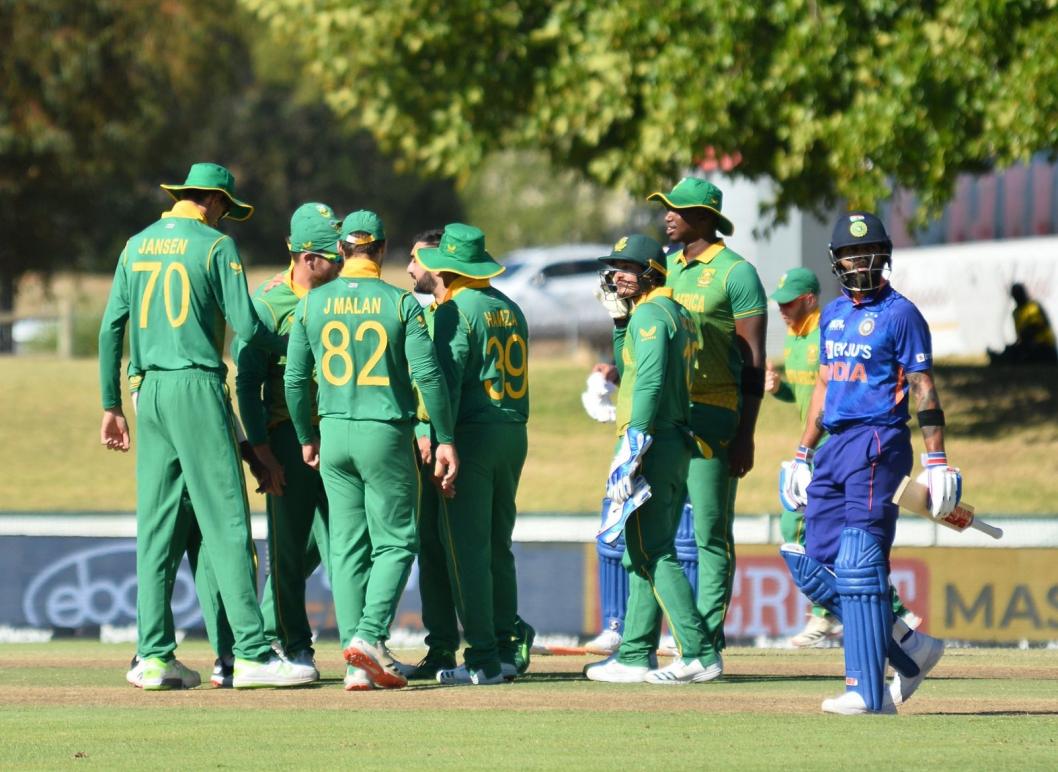 Another easy win for South Africa in Paarl handed them an unassailable 2-0 lead in the ODI series against India. On the day, as South Africa impressed with both bat and ball, India looked ragged and without ideas. The early days of K.L. Rahul’s captaincy did not go well.

Unlike the first ODI, India won the toss. The pitch seemed similar to the one used in the first match, and was expected to provide slow turn as the match progressed. India went with an unchanged squad, while South Africa replaced Marco Jansen with Sisanda Magala.

India began strongly, as openers Rahul and Shikhar Dhawan took early advantage of some wayward bowling from Magala, whose first three overs went for 30. However, the South African spinners began well, and Aiden Markram dismissed Dhawan for 29 almost immediately. Virat Kohli fell in the next over, caught at cover off Keshav Maharaj for a duck.

Rishabh Pant came at No. 4 and led the most productive phase of India’s batting. Aggressive from the onset, he took on the spinners, who were able to slow down Rahul. Pant hit 10 fours and two sixes in a 71-ball 85, overtaking Rahul over the course of the innings. Then, just when India threatened to switch gears, Rahul fell to Magala for a 79-ball 55.

India were 179/3 in the 32nd over, at that stage and 300 looked gettable, but Pant's wicket, off Tabraiz Shamsi, dented their chances. The Iyers, Shreyas and Venkatesh, failed to keep the scoreboard moving. Shreyas fell for 11, off Shamsi, while Venkatesh was brilliantly stumped by Quinton de Kock for a 33-ball 22.

De Kock began the South African chase in blazing fashion. After hitting a four in Jasprit Bumrah’s first over, he hit two more, followed by a six, in the first over of Bhuvneshwar Kumar, that went for 16 runs. South Africa raced to 66/0 in the first 10 overs. De Kock brought up his fifty in just 36 balls. By the time he fell to Thakur for 78, South Africa had reached 132.

Janneman Malan, the other opener, had been playing a supporting role until then. Now he took over, and added 80 with Temba Bavuma. On 91, Malan looked set for a hundred when a Bumrah beat him for pace. With 1-37 from 10 overs, Bumrah finished as the most impressive Indian bowler of the day.

In the next over, Yuzvendra Chahal caught Bavuma off his own bowling for 35, but this remained India’s last success of the day. With 74 needed, Markram and Rassie van der Dussen saw South Africa to victory with 11 balls to spare. Both batters remained unbeaten on 37.

For India, only Bumrah and Chahal made an impact of any sort. Bhuvneshwar and Thakur were expensive, while Venkatesh bowled five overs for 28. With the series gone, India may make a few changes for the last match. They may being in the likes of Ruturaj Gaikwad, Suryakumar Yadav, Prasidh Krishna, and Mohammed Siraj.