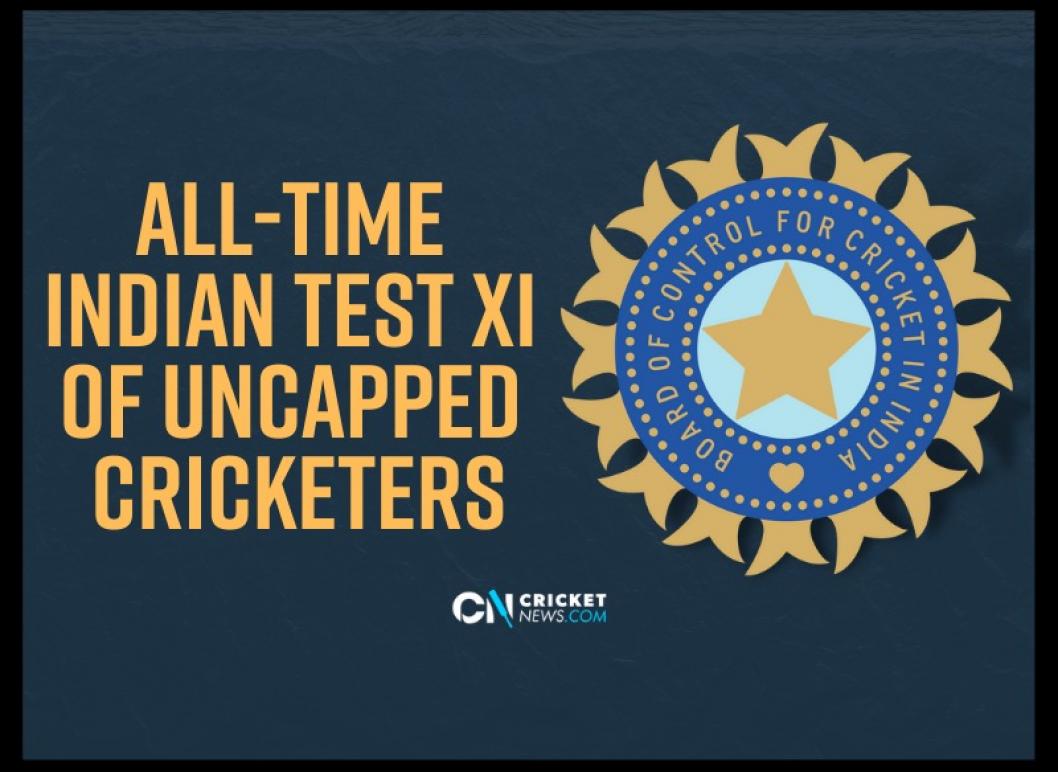 However glittering their domestic careers might be, some cricketers invariably miss out on Test caps, especially in a country as vast as India, with more First-class teams than any country. Here is an XI of outstanding Indian domestic cricketers who had missed out on Test caps.

Before naming the XI, we shall mention a few criteria we have used:

- The likes of M.E. Pavri, H.D. Kanga, D.B. Deodhar, and the Palwankar brothers, Baloo and Vithal, played their cricket before India got Test status. They are not considered. Neither is K.S. Duleepsinhji, who played in India but was almost never too keen to play for India.

- Active stars like Jalaj Saxena and Rinku Singh have not been considered either.

- We have also left out cricketers who have played for India in other formats. Examples are Utpal Chatterjee and Pankaj Dharmani.

In 1948/49, Nimbalkar scored 443 not out against Kathiawar, the quadruple-hundred in First-class cricket by an Indian. He also remains the only person to score four hundred in the format, and yet not play Test cricket.

It is unfair to remember Nimbalkar for his magnum opus. In five matches against Bombay, the strongest Indian team of his era (and, indeed, of any era), he scored 543 runs at 67.87. For this team, he can, if needed, also bowl medium pace and keep wickets.

Few batters dominated the Ranji Trophy like Bhave. He averaged over 80 in three of his first four First-class seasons, and kept hitting the 50-mark in each of the next five. At a time when India were desperate to find a successor for Sunil Gavaskar, it was a shame that Bhave was not even tried.

It would perhaps have helped had he played for one of the major Ranji Trophy teams. Just like Shantanu Sugwekar, his chances took a hit.

Sugwekar needs little introduction. Put a 5,000-run cut-off, and that staggering batting average is the seventh-best in history. He played in an era when Maharashtra invariably clashed with Bombay in the group stage: his 801 runs against them came at an average of 57.21.

Maharashtra were not a guaranteed feature in the knockouts, so seldom got to play the likes of Delhi and Karnataka, but when he did, he thrived. He had started his career as an opener, a position he can fill here in emergency.

Muzumdar peaked in a period when the Indian middle-order consisted of Rahul Dravid, Sachin Tendulkar, Mohammad Azharuddin, and Sourav Ganguly, forcing V.V.S. Laxman to open batting in Test cricket. He had scored 10 hundreds in his first 40 matches, and averaged 62.11, but there was no place in the national side.

By the time Ganguly was dropped, Muzumdar was past 31, and the selectors had moved on to Yuvraj Singh and Mohammad Kaif.

Until the late 1970s, Delhi were not a major side in the Ranji Trophy. That changed under Bishan Singh Bedi, with the likes of Amarnath brothers (Surinder and Mohinder), Madan Lal, Kirti Azad, and Surinder Khanna coming into prominence. Pillai joined this group in the early 1980s.

Between 1984/85 and 1988/89, Pillai amassed 4,826 runs at 62.68. Delhi made it to four out of five Ranji Trophy finals during this phase, winning the trophy twice. But Mohinder was still around, Dilip Vengsarkar and Azhar occupying key positions, and Sanjay Manjrekar and Tendulkar had arrived. Time ran out for Pillai.

Unlike elder brother Rakesh, who played one Test match, Shukla remained uncapped. However, he rendered yeoman services to Uttar Pradesh and Bihar, unheralded teams from Central and East Zones that seldom came to limelight.

With 567 runs and 41 wickets, Shukla led Uttar Pradesh to their first ever Ranji Trophy semi-final, in 1964/65. Despite hit batting credentials, however, he missed on a Test berth.

Shukla gets a nod ahead of A.G. Ram Singh, who bowled left-arm spin. This side already has two special names of that genre.

A former officer at the Indian Navy, Daljit played for multiple sides, but is remembered for his contribution to Bihar cricket. He led Bihar to the 1975/76 Ranji Trophy final, the greatest moment in their history.

Daljit went on coach some prominent cricketers, particularly in Karnataka, and served as the head of the BCCI pitches and grounds committee. He will lead this side.

He makes it to the side ahead of Sambaran Banerjee.

Rajasthan qualified for seven Ranji Trophy finals in the 1960s, losing to Bombay every single time. A medium-pacer, Gattani played in the last five of these, including three seasons as a teenager. He kept improving over time, continuing to take wickets even in his thirties.

He could bat, too, but could not make the cut ahead of Abid Ali and Eknath Solkar, and later, Madan Lal. Playing for Rajasthan did not help.

A fast-medium bowler who could swing the ball both ways – particularly away from the right-hander – from an unusual, open-chested action, Ismail spearheaded a very strong Bombay attack in the 1970s.

Many contemporaries suggested he deserved an India cap, despite the presence of Abid Ali and Solkar, and later, Madan Lal and Karsan Ghavri.

Pandurang Salgaonkar misses out despite his extra pace, as does the tireless Ashish Winston Zaidi.

Had there been no Bedi, Shivalkar would have played many times for India. Their careers had a substantial overlap, and by the time Bedi retired, Dilip Doshi had arrived. Shivalkar even earned a Ranji Trophy recall after seven seasons, but the Test cap never came.

India continued to play two off-spinners, in E.A.S. Prasanna and S. Venkataraghavan, together in the 1970s, but they never picked two left-arm spinners. Shivalkar could run through most sides even on flat pitches. On helpful pitches, he was virtually unplayable

The closest Goel came to an Indian cap was in the Delhi Test match of 1974/75, where he was added to the squad. Otherwise, like Shivalkar, he had to remain in the shadows of Bedi throughout his career – even for North Zone.

Of Goel’s 750 First-class wickets, 637 came in the Ranji Trophy. This remains a record by some distance (Venkat is next, with 530).