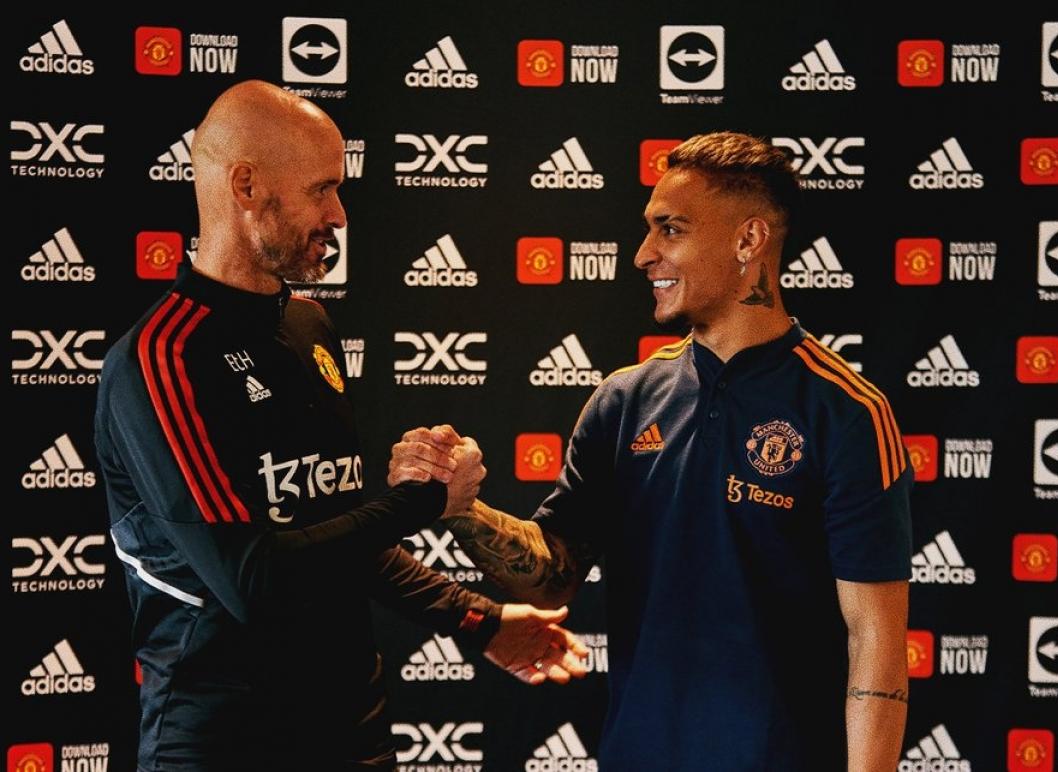 In his finest XI of teammates at the club level, Manchester United forward Antony has four Reds stars and Cristiano Ronaldo on the list.

The 22-year-old was eager to include a handful of his current teammates in his strongest lineup despite having only joined United in the summer. The Brazilian forward scored three goals in his first three Premier League games for Erik ten Hag's team after moving to Old Trafford from Ajax earlier this year.

Although Antony's time playing with Ronaldo was brief, it was clear that he enjoyed his time doing so before the 37-year-old Portuguese star left the club after his contentious interview with Piers Morgan.

The Brazilian publication Globo asked various members of Tite's Brazil team to list the finest XI of teammates they had at the club level. Ronaldo and current Reds talents David de Gea, Lisandro Martinez, Raphael Varane, and Casemiro were all on United's No. 21 team.

However, Antony chose to play Dusan Tadic, an ex-Ajax teammate, as his offensive midfielder, leaving no room for midfielder Bruno Fernandes.

In addition to Ronaldo and De Gea, United star Fred and loanee Alex Telles participated in the challenge. However, Fred chose to include Fernandes in his squad along with former Reds Paul Pogba, Juan Mata, and Diego Forlan.

Ronaldo was included in Telles' best XI, along with his club colleagues, but the only other member of the United team in his lineup was his fellow countryman Fred. Due to a knee injury sustained against Cameroon, the Brazilian defender, who is currently on loan at Sevilla of Spain, will miss the remainder of the World Cup.