‘Anyone would be silly to write us off’: Windies skipper Jason Holder on England series 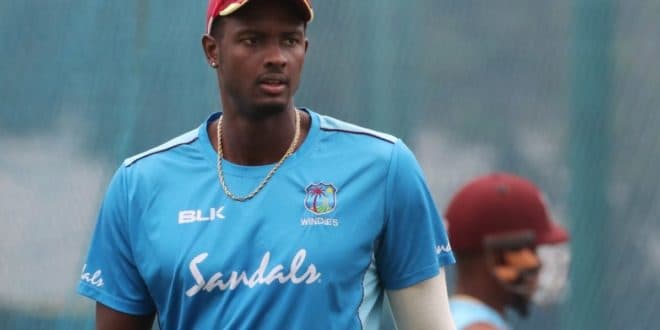 Chennai: Jason Holder of West Indies during a practice session on the eve of the 1st one-day international (ODI) match against India, at MA Chidambaram Stadium in Chennai on Dec 14, 2019. (Photo: Surjeet Yadav/IANS)

West Indies Test skipper Jason Holder warned one and all against taking them lightly when they lock horns against England in a much-anticipated three-Test series starting July 8.

The series will mark the resumption of cricket after the sport was halted across the world in March in the wake of coronavirus pandemic.

West Indies had famously beaten England during the previous series between the two sides that was played in the Carribbean Islands. A draw in the series would be enough for them to retain the Wisden Trophy.

Holder said it is going to a competitive series and it won’t be wise to take them lightly despite England being a powerhouse on home soil.

“Anyone would be silly to write us off. It has happened in the past and we have made people eat their words. I’m confident we will do really well. I think this is going to be a really good series,” Holder told Nasser Hussain during an interview as per Daily Mail.

Three West Indies players, namely Darren Bravo, Shimron Hetmyer and Keemo Paul, had earlier opted against traveling to UK for the series looking at the implications put forward by the COVID-19 crisis.

Holder stated that their decision to do so must be respected as it would have a very difficult choice for them to make.

“Certainly from my perspective it won’t be. Everyone had a decision to make and a lot of our players have kids. I know that was the biggest challenge: leaving their kids at home to potentially be exposed to bringing the virus back home,” he said.