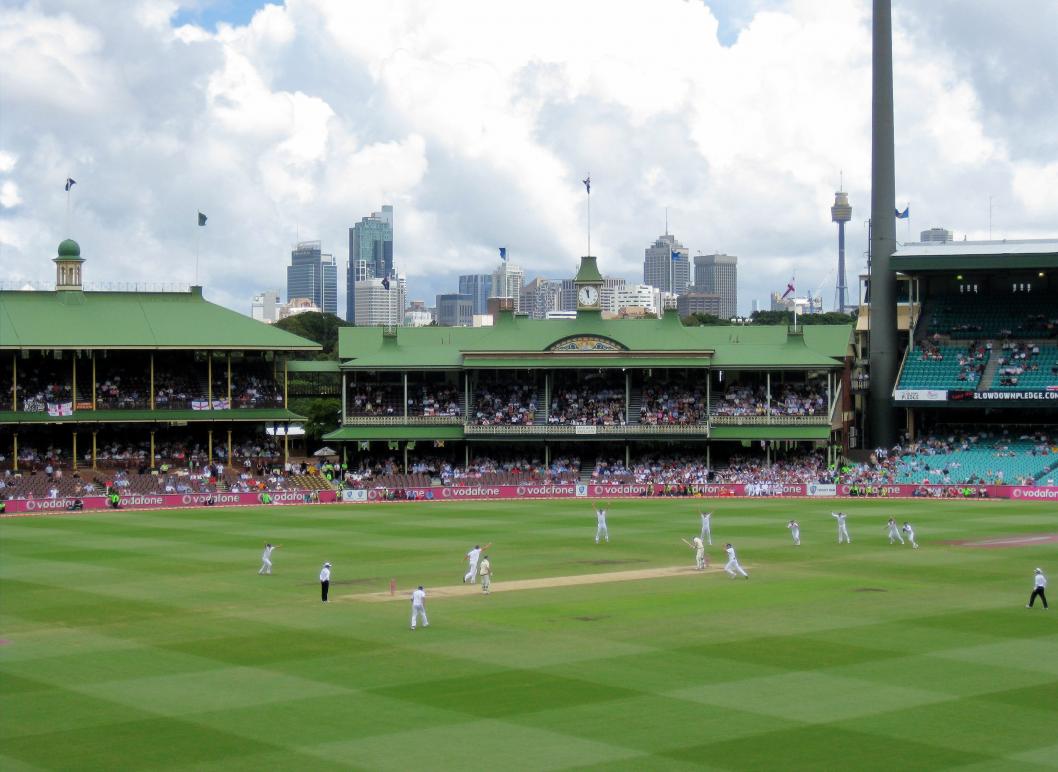 With the series finely balanced on a knife edge, the two teams headed to Old Trafford, Manchester for the third Test match.

It proved to be another tight contest after England won the toss and batted. Opener Marcus Trescothick made 63 and Ian Bell 59, but it was largely Michael Vaughan who they had to thank. Vaughan made 166 out of a total of 444, Shane Warne and Brett Lee both taking four wickets apiece.

Warne then proved to be an unlikely hero with the bat, making 90, when Australia were struggling at 133/5. He helped them reach 302 as Simon Jones took 6-53.

In their second innings Andrew Strauss made 106 and Bell 65 as England declared on 280/6. That left Australia 423 to win.

Captain Ricky Ponting made 156, but when he was the ninth out, his side appeared on the brink of defeat. However, the last wicket pair of Lee and Glenn McGrath kept the English out for the last five overs, salvaging a draw for their side in the process.

The fourth Test proved to be decisive, though.

England again won the toss and batted. Although rain truncated the first day’s play, they still managed to make 477 in heir first innings. Trescothick made 65 and Vaughan 58, but it was Andrew Flintoff with 102 and Geraint Jones with 85 that really helped keep the scoreboard moving.

And then Australia were bowled out for 218, Simon Jones with 5-44 this time, giving England the opportunity to ask them to follow on in their second innings.

Australia made a much better fist of that effort, with Justin Langer, Michael Clarke and Simon Katich all making half centuries, helping their side to 387.

England needed 129 to win, but they made really hard work of it, losing seven wickets, before finally crossing the winning line.

The fifth and final Test match was staged at The Oval. It proved to be a moment of celebration for English cricket fans.

The Australian opening pair of Langer (105) and Matthew Hayden (138) put on 185 for the first wicket. The rest of the team, though, failed to support them and they were all out for 367, Flintoff taking 5-78.

When England batted again, Kevin Pietersen put the result of the series beyond doubt with 158, including seven sixes, as England closed on 335.

Australia made just four in their second innings but did not come out after the tea interval, knowing the win was beyond them.

The match was drawn but the Ashes were finally back in English hands.