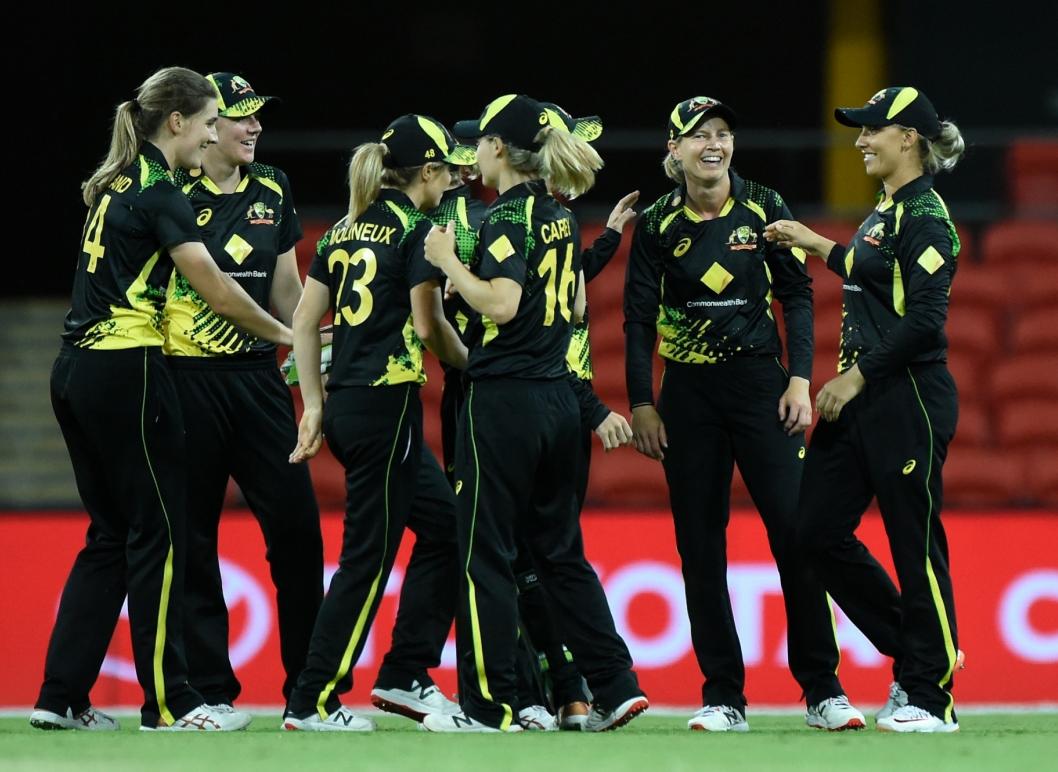 Australia won the third Women’s T20I against India and along with that won the multi-format series 11-5. As in the second T20I, Tahlia McGrath again starred for the Australia to win her second Player of the Match as well as the Player of the Series award.

India bowled first, and brought in Harleen Deol for Yastika Bhatia, as Australia replaced Hannah Darlington with Annabel Sutherland. Shikha Pandey started with a maiden over, and opening partner Renuka Singh got rid of Alyssa Healy in the next over. However, Beth Mooney hit three fours in Pandey’s second over and looked set for a big score.

But India bowled well, and the Australians lost wickets at regular intervals. Meg Lanning, Ashleigh Gardner, and Ellyse Perry combined to score just 23, and at 73/4, Australia looked in trouble. Of these, Lanning's wicket was a freakish dismissal: she dislodged a bail while trying to cut Rajeshwari Gayakwad (2-37) and hit the wicket instead.

But Mooney and McGrath counterattacked to take control. Mooney reached her fifty in the 15th over to take Australia on the brink of 100 by the 15th over. By then McGrath was well. Mooney (61) was brilliantly caught by Harmanpreet Kaur in the 18th over, but McGrath (44* in 31 balls) continued her onslaught. McGrath and Georgia Wareham (13*) helped Australia to 32 in the last 16 balls.

India lost Shafali Verma for just 1 run in the second over. Smriti Mandhana and Jemimah Rodrigues then batted for more than 9 overs, but adding just 57. This impacted the Indian innings, as they fell behind the required rate. Mandhana and Rodrigues were eventually dismissed by Nicola Carey and Georgia Wareham respectively.

At this stage, India needed 58 runs in 5.1 overs and all hopes were on Kaur. But she soon fell to Sutherland, and with that India's hope of chasing had a massive dent. Pooja Vastrakar went three balls later, and India were reduced to 99/5.

Richa Ghosh hit out, but her 23 off 11 balls (including 16 off the last three balls) were not enough. India finished 14 runs short of Australia’s total.