NEW Podcast!
Home / News / Australia pondering over their tour of England; say India test series has a ‘nine out of ten’ chance 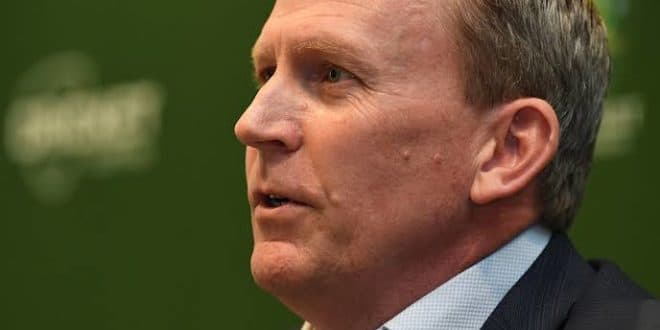 Australia pondering over their tour of England; say India test series has a ‘nine out of ten’ chance

Despite the strict rules in place in the country owing to the coronavirus pandemic, Australia are starting to think about their tour of England. With the West Indies tour of England looking a real possibility, and Pakistan too appearing ready to tour the country, Australia sound convinced that they could be in England for the early July series planned.

Australia’s itinerary in the UK include a T20I against Scotland and three ODIs and three T20Is against England starting early July. Those dates are unrealistic now, but Cricket Australia’s chief Kevin Roberts has sounded upbeat about touring later in the year in September post the West Indies and Pakistan series.

“I think there’s some chance we could send a team over,” Roberts told the News Corp. “Obviously we won’t jeopardise the safety of the players, but the best test of that is the West Indian and Pakistan tours of England before we’re due to tour. We hope they go off without a hitch.”

He is more optimistic about India’s tour to Australia.

“I guess there’s no such thing as certainty in today’s world so I can’t say 10 (out of 10), but I’m going to say nine out of 10,” Roberts said. “With the variable being, who would know whether we can have crowds … I’d be really surprised if we can’t get the Indian tour away. But I wouldn’t, hand on heart suggest we’ll have full crowds from the start. We’ll just have to see how that goes.”

“The players trust that we are going to do what is right by them. We are not going to jeopardise their health. We all want cricket to be played but not at all costs,” Khan told Sky. “We will have an extended squad. We are looking at bringing about 25 players. We are planning to get them together to train for the tour. We’re probably about a week away from that.

“The ECB have said they are going to come back to us on that once they have gained clarity on what we can do during that time,” added Khan. “We are trying to get to England early July so that we can get the quarantine done. If we can practice during that time then great, if not then it gives us just under three weeks to practice.”