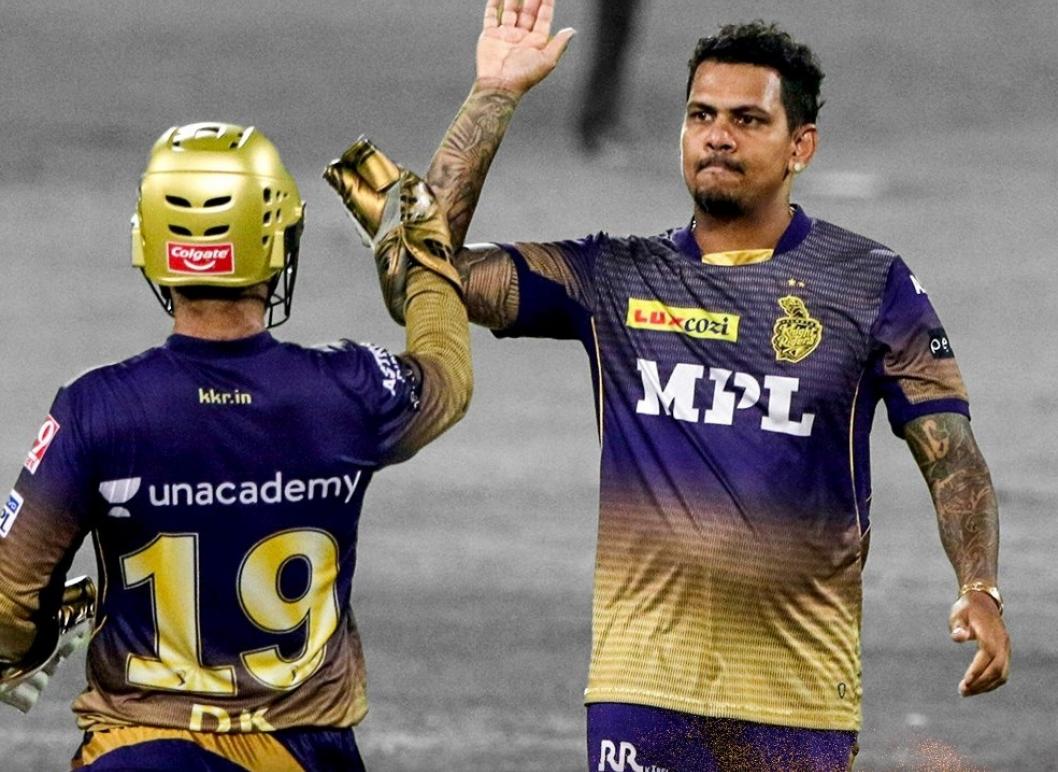 Royal Challengers Bangalore's journey under Virat Kohli came to a end with the Eliminator of IPL 2021 as they lost to Kolkata Knight Riders by four wickets with two balls to spare. Kolkata has had a remarkable turnaround in the UAE leg of the tournament, jumping from seventh place to Playoffs spot; they continued their dream run to book a place in Qualifier 2 against Delhi Capitals.

Virat Kohli won the toss at Sharjah and decided to bat as both sides went with unchanged squads. Bangalore backed their batters and went with both Dan Christian and George Garton. KKR continued with three spinners.

Bangalore started in brisk fashion and raced to 49 in five overs. Slightly wayward bowling from Shivam Mavi helped as Kohli hit consecutive boundaries off him, the second off a free-hit. Not for the first time this season, Lockie Ferguson provided the first breakthrough by dismissing Devdutt Padikkal in the first ball of the sixth over.

Then the spin trio of Sunil Narine, Varun Chakravarthy, and Shakib Al Hasan took over. Narine evoked memories from the previous decade during his four overs. Introduced in the 10th over, he got K.S. Bharat, hero of the last match. In his next three overs he dismissed Kohli, A.B. de Villiers, and Glenn Maxwell. His spell of 4-21 derailed Bangalore, who also had to handle Chakravarthy and Shakib, who despite not getting any wickets, conceded just 44 in their 8 overs.

Shubman Gill and Venkatesh Iyer then began cautiously but did not miss a chance to put away bad balls. Gill began more aggressively today and amassed 24 off his first 14 balls with four fours, three of which came off consecutive balls in Garton’s second over. Iyer earlier hit a six off him as Garton conceded 24 runs in the first two overs.

Harshal Patel, holder of the Purple Cap, struck first, when Gill mistimed and was caught by de Villiers for 29. Yuzvendra Chahal got Rahul Tripathi in the next over with a googly. Venkatesh and Nitish Rana built another quick partnership before the former fell to Harshal. With this wicket Harshal touched the IPL record for the most wickets in a season, 32.

Eoin Morgan promoted Narine at this stage, and it worked. Instead of using a fast bowler like Mohammed Siraj, Kohli opted for medium pace of Christian. Narine hit three sixes off the first three balls he faced, and the 22-run over completely took the match towards KKR.

At that stage KKR required 38 off 48 balls. Chahal got Rana, while Siraj returned to take Narine and Dinesh Karthik in the same over, and RCB reduced the target to 7 in the last over.,But KKR's Nos. 7 and 8, Morgan and Shakib, have been in similar situations too many times. They completed the chase with two balls to spare, and KKR lived to fight another day.