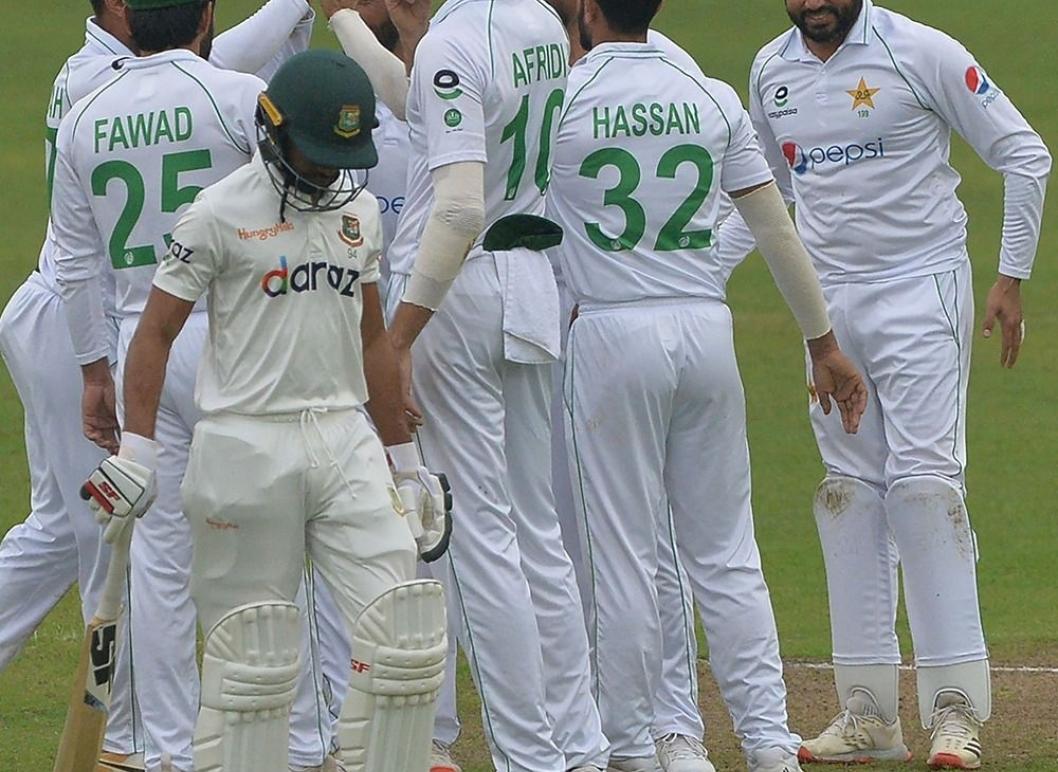 Pakistan clinched a dramatic final-day win by an innings and eight runs in Mirpur to sweep the two-match Test series against Bangladesh 2-0.

More than two days of play were abandoned due to rain and wet outfield. But the Pakistan bowlers, led by Sajid Khan, produced a spirited performance to register a remarkable win on the final session of the contest. They declared on 300/4 in the first innings, which eventually became their third-lowest total in an innings victory in Test cricket.

Bangladesh resumed the day on 76/7 in the first innings. They only managed 11 more to their overnight score before being bowled out. Sajid Khan returned 8-42, the fourth-best bowling figures by a Pakistani and the best by an off-spinner in Test cricket since Muttiah Muralitharan's 9-51 against Zimbabwe, in 2002.

Asked to follow on, Bangladesh stumbled again. Shaheen Shah Afridi (2-31) and Hasan Ali (2-37) ripped through their top four – Shadman Islam, Mahmudul Hasan Joy, Najmul Hossain Shanto and Mominul Haque – inside nine overs, leaving them reeling on 25/4. Mushfiqur Rahim and Liton Das recovered them from there, stitching a 75-run stand for the fifth wicket before Das was undone by Sajid (4-86).

Shakib Al Hasan (63) carried on the resistance, with Mushfiqur (48). They added 49 before Mushfiqur had a momentary lapse of concentration and was run out by Abdullah Shafique. Mehidy Hasan Miraz then survived 70 balls before Babar Azam trapped him leg before to get his first international wicket.

Shakib fell soon after Mehidy’s departure, to Sajid, who took the final two wickets as well to give Pakistan their third win in the ICC World Test Championship 2021/23.

Pakistan won the series 2-0. Player of the Series: Abid Ali.

Antony names Cristiano Ronaldo and four Manchester United stars in his best XI
Casemiro might have just explained why he is perfect for Manchester United manager Erik ten Hag
After successful Season 6 in Abu Dhabi, T10 eyes global expansion with Olympics as final destination
Skipper Stokes hails Rawalpindi victory as one of England's greatest away wins
Ads by Sona