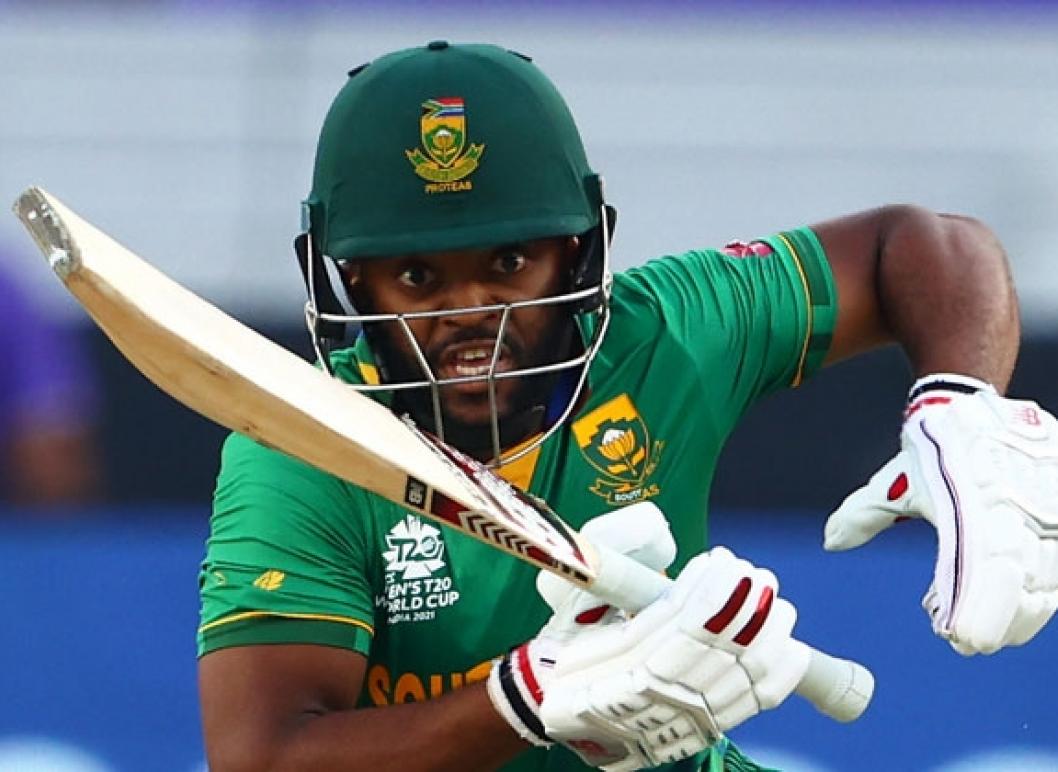 Temba Bavuma, the white-ball captain of South Africa, suffered an elbow injury during the team's five-match T20I series in India and has since been ruled out of the team's entire tour to England. Keshav Maharaj and David Miller will take over as captains of the ODI and T20I teams in place of Bavuma.

Bavuma suffered an elbow injury during the fourth T20I match against India in Rajkot, causing him to leave the game after eight innings hurt. He was also unable to participate in the series finale at Bengaluru, which was cancelled due to inclement weather. Bavuma's elbow injury is expected to take eight weeks to recuperate from, according to Cricket South Africa (CSA), after which his return to play programme would start.

"We currently place a strong priority on the T20 format because the ICC T20 World Cup will be held in Australia in just a few months. We are trying to strike a balance between our desire to maintain enough consistency within the setup so that the players are used to playing together as a team by the time they arrive in Australia for the World Cup and our desire to give opportunities to players we are interested in seeing and working out the best combinations. We can accomplish all of those goals with the help of this series, "said CSA Convenor of Selectors Victor Mpitsang.

In other selection news, all-rounder Andile Phehlukwayo has made a comeback, and teenage bowler Gerald Coetzee has received his first call-up to the T20I team. For the first time since the 2016 ICC Men's T20 World Cup in India, hard-hitting batter Rilee Rossouw has also been summoned back to the T20I team.

With six half-centuries, an average of 55.33, and a strike rate of 191.53, Rossouw, 32, who had signed a Kolpak contract with Hampshire later in 2016, has scored 498 runs in 12 Vitality T20 Blast games for Somerset this year. Due to workload management, pacer Kagiso Rabada will be rested for the ODI series.

"For some squad players who will take part in all three forms, as well as the entire coaching and support staff, this will be a very long tour. I'd want to congratulate Mark Boucher, our two acting white ball captains Keshav Maharaj and David Miller, and Test captain Dean Elgar the best of luck on the tour on behalf of the selection panel. We anticipate thrilling games and suspenseful conclusion against a formidable opponent that I know our Proteas like competing against, "Mpitsang was said.

From July 19 to September 12, South Africa will tour England and play three ODIs, as many T20Is, and as many Tests, with the exception of two T20Is against Ireland that will be played in Bristol.

"The team has everything on the line since points for the ICC World Test Championship are on the line. The 50-over format is crucial as we anticipate the 2023 ICC World Cup in India, even though the ODI series is not for Super League points. The combinations we attempted and the results of our efforts will be very helpful as we prepare for that competition "Finally, Mpitsang said.