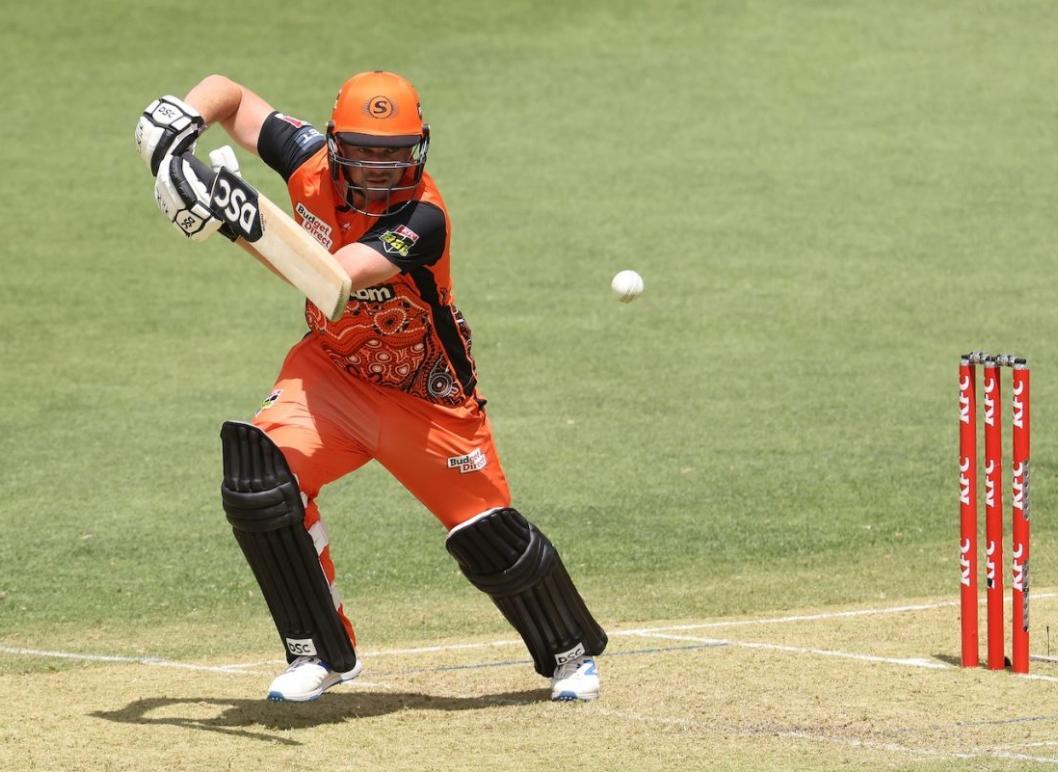 Josh Inglis’ 49-ball 79 and Kurtis Patterson’s 41-ball 64 helped Perth Scorchers beat Sydney Sixers by 41 runs in the Qualifier of Big Bash League 2021/22, at Docklands Stadium, Melbourne. The win ensured Scorchers a place in the final. The Sixers, on the other hand, will play in the Challenger, against the winner of the Knockout between Sydney Thunder and Adelaide Strikers.

Opting to bat, Inglis and Patterson added 120 for the opening wicket in 74 balls before Hayden Kerr got the latter in the 13th over. Inglis continued to play aggressively until he was stumped off Steve O'Keefe in the 18th over. Mitchell Marsh (28 in 21 balls) and Colin Munro (12* in 9) then took the Scorchers to 189/3.

In response, the Sixers were reduced to 11/3 in 3.5 overs, and were soon left reeling at 55/7. Barring Moises Henriques (17), none of their top seven batters could even reach double digits. Jason Behrendorff (2-31) and Jhye Richardson (2-21) struck in the early overs, and Ashton Agar (2-16) in the middle.

Ben Dwarshuis then saved the Sixers from humiliation. He hit 66 in 29 balls – the best BBL score by a No. 9 – and added 41 with Kerr (22) for the eighth wicket before Andrew Tye (2-38) got him caught behind. Peter Hatzoglou eventually dismissed Dwarshuis in the final over to end the Sixers innings for 140.