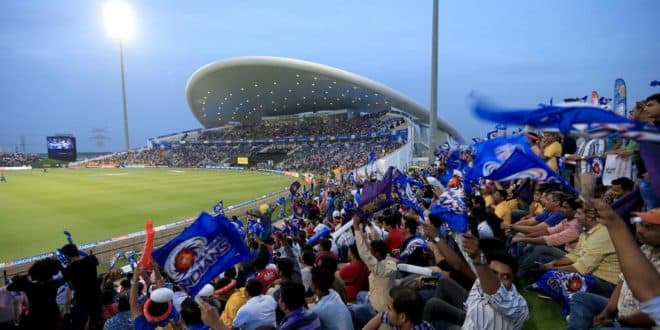 The coronavirus pandemic has either canceled or postponed a number of sports matches all across the globe, with cricket getting affected as well.

Consequently, the Indian Premier League, which was to begin from March 29, had to be put on hold as well, but with cricket all set to resume with England hosting West Indies next month, the BCCI has been discussing all possible options for IPL 2020.

According to latest reports, the Indian cricket board might look at the possibility of hosting the cash-rich event outside India as well.

“The board is looking at all options. If it comes to taking IPL out of India, it may happen but as the last option. If that’s the only option then we will consider it. We have done it in the past also and we can do it again but the first preference will be to host it in India,” a source within BCCI told ANI.

In the past, the IPL has been staged outside India in 2009 and then in 2014 due to the general elections in the country. While the 2009 edition was held in South Africa, the 2014 season was staged in UAE and then in India. The BCCI is looking at a window in October-November to host the IPL. Originally, the Men’s T20 World Cup is slated to be held during that period in Australia, but with Cricket Australia eager to push the event to 2022, the BCCI is eager to make full use of the available window.

A final decision on the T20 World Cup will be taken on June 10.

“We will wait for clarity over T20 World Cup from ICC before discussing anything further. But I can tell that as of now no decision has been taken,” the source added.